The OS rate on Op­di­vo fell well short of sta­tis­ti­cal sig­nif­i­cance, with a p val­ue of 0.0752. We’ll have to wait for an up­com­ing sci­ence con­fer­ence to get the full pic­ture.

Re­searchers looked for a sil­ver lin­ing in the lat­est cut of the da­ta onOp­di­vo, say­ing “the re­sults showed a clear trend to­wards im­prove­ment in OS for pa­tients treat­ed with Op­di­vo com­pared to so­rafenib (Nex­avar), a cur­rent stan­dard of care.” 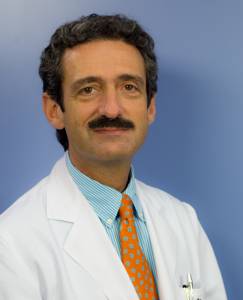 But an­a­lysts saw the down­side clear­ly. Vamil Di­van from Cred­it­Su­isse not­ed: “While the tri­al showed a trend to­wards an over­all sur­vival ben­e­fit, the lack of sta­tis­ti­cal sig­nif­i­cance opens the door for com­peti­tors such as Mer­ck, Roche and As­tra to be­come the dom­i­nant play­er(s) in this in­di­ca­tion with the var­i­ous com­bi­na­tion tri­als they are cur­rent­ly run­ning.”

In the US, Op­di­vo is gain­ing rapid mar­ket share in 2nd line HCC dri­ven by an ag­gres­sive mar­ket­ing ef­fort by BMY and mas­sive free sam­pling with some off-la­bel use not­ed in front-line pa­tients which is sup­port­ed by strong CM-040 re­sults. In Eu­rope, re­go­rafenib is ex­pect­ed to re­main the pre­ferred 2nd line agent in the near term, giv­en dif­fer­ences in treat­ment pat­tern and pref­er­ences.

Bris­tol-My­ers is by no means fin­ished here, with more re­sults ex­pect­ed on their com­bo with the CT­LA-4 Yer­voy. That match-up, though, has al­ready failed in small cell lung can­cer while in­ves­ti­ga­tors have had to deal with a strong push­back from the FDA in their quest to use high tu­mor mu­ta­tion­al bur­den de­f­i­n­i­tions to de­fine a new ap­proach to iden­ti­fy­ing lung can­cer pa­tients most like­ly to re­spond to Op­di­vo.

Mer­ck, mean­while, has fa­mous­ly pressed ahead in its suc­cess­ful dri­ve to gain the lead po­si­tion in the race to com­mand the PD-1 field. Both Keytru­da and Op­di­vo, though, are ex­pect­ed to re­main the two dom­i­nant drugs in their field for some time.