“I am ab­solute­ly stunned. I am sit­ting here and can hard­ly breathe,” Bertozzi said to the com­mit­tee in the mid­dle of the night Cal­i­for­nia time. “I’m still not en­tire­ly pos­i­tive that it’s re­al, but it’s get­ting re­al by the minute.” 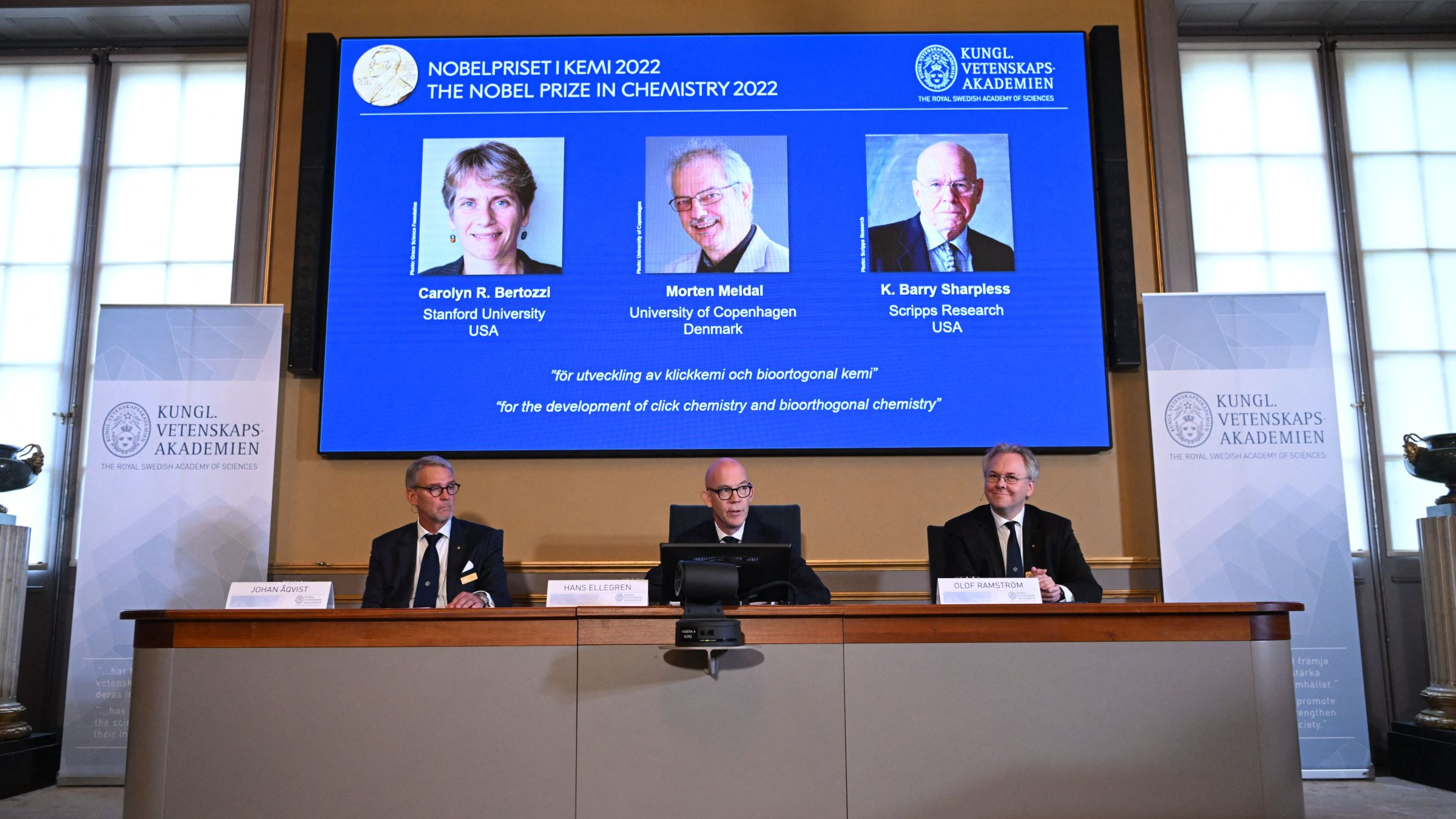 In sum­ma­ry, the trio’s find­ings have “tak­en chem­istry in­to the era of func­tion­al­ism.” On the press and com­mit­tee call right af­ter the an­nounce­ment, Bertozzi said bioorthog­o­nal and click chem­istry are “still in its ear­ly phas­es” and that the im­pacts will be seen in biotech and phar­ma for years to come.

Bertozzi’s work has led to the foun­da­tion of nine biotechs (a fig­ure she tal­lied up pri­or to an in­ter­view with End­points News in May), in­clud­ing Palleon Phar­ma­ceu­ti­cals, In­ter­Venn, Ly­cia Ther­a­peu­tics and oth­ers. The lat­ter came to­geth­er out of a 24-hour hum­drum of ven­ture cap­i­tal in­ter­est af­ter she tweet­ed out a preprint her group had post­ed on Chem­Rx­iv that de­scribed LY­TACs, she pre­vi­ous­ly re­called to End­points.

Asked by re­porters what ap­pli­ca­tions of her she thinks are mak­ing a lot of im­pact, she said in med­i­cine, the main one is the de­liv­ery of ther­a­peu­tics “to make sure that drugs go to the right place and stay away from the wrong place.”

Bertozzi di­rects Stan­ford’s Sarafan ChEM-H, short for Chem­istry, En­gi­neer­ing, and Med­i­cine for Hu­man Health. She in­flu­ences the next gen­er­a­tion as a teacher but al­so as a par­ent who helps with her chil­dren’s sci­ence fair projects. Mu­si­cal in­ter­ests pop­u­late her free time as she en­joys play­ing pop, rock n’ roll and jazz songs on the pi­ano, and oc­ca­sion­al­ly “keep[s] up with karaoke nights at some of the clubs in San Fran­cis­co.” She’s al­so a self-pro­claimed “fit­ness buff.”

The Howard Hugh­es Med­ical In­sti­tute in­ves­ti­ga­tor has al­so co-found­ed Grace Sci­ence, a biotech that is at­tempt­ing to trans­late re­search out of the Grace Sci­ence Foun­da­tion to cre­ate treat­ments for NG­LY1 de­fi­cien­cy and oth­er in­di­ca­tions. Bertozzi has served on the Eli Lil­ly board of di­rec­tors and re­search ad­vi­so­ry board at GSK. 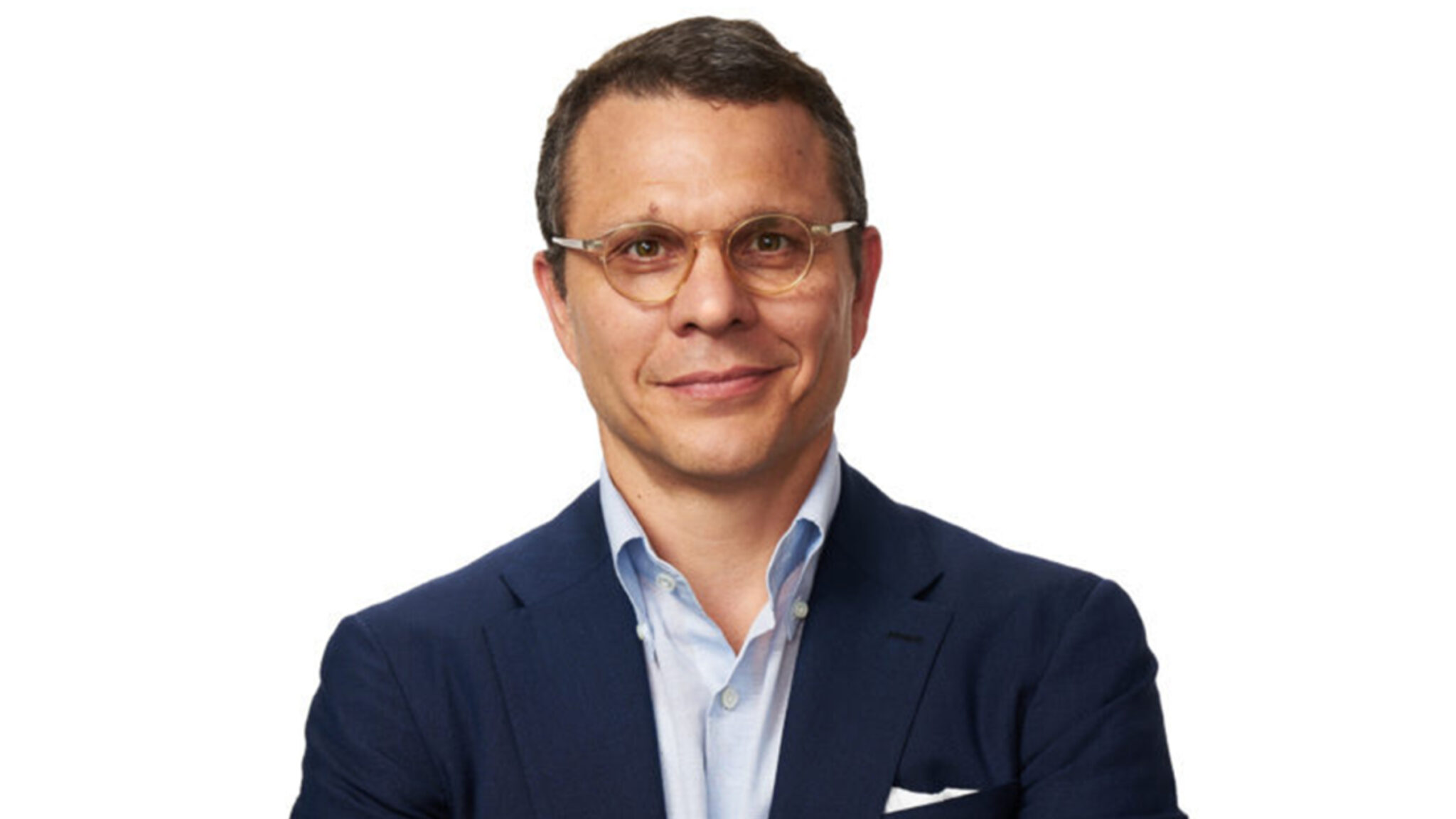 About 11 months after his investment firm’s blank check company helped boost EQRx’s cash coffers by about $1.3 billion, Eli Casdin is out from the biotech’s board.

The day before Thanksgiving, he told EQRx’s board that he would resign at the end of that day, according to an SEC filing. The decision “was not due to any disagreement with EQRx” relating to the company’s “operations, policies or practices,” as the biotech outlined in the paperwork with the agency.