Amid height­ened calls for Amer­i­can-made drugs, a suite of con­tract man­u­fac­tur­ers are mak­ing big in­vest­ments to boost sup­ply. Now, an Ore­gon CD­MO is step­ping up to the plate to grow its API con­tract busi­ness.

Cas­cade Chemisty will triple its to­tal floor space with a $14 mil­lion in­vest­ment, the com­pa­ny said in a press re­lease. Site con­struc­tion is al­ready un­der­way on a 28,000 square-foot build­ing, which will in­clude suites for Phase I and Phase II man­u­fac­tur­ing with flow hy­dro­gena­tion and re­ac­tors up to 400 liters.

Ad­di­tion­al ca­pac­i­ty for Phase III pro­duc­tion of API as well as com­mer­cial scale man­u­fac­tur­ing band­width up to 1,000 liters will be added in 2022. A sec­ond build­ing to­tal­ing 7,000 square feet is re­served for fu­ture ex­pan­sion, the com­pa­ny said. 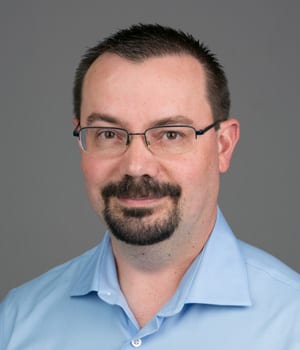 Since then, the com­pa­ny has grown through a fo­cus on process chem­istry and scal­ing up its API man­u­fac­tur­ing ca­pa­bil­i­ties. Most re­cent­ly, Cas­cade part­nered in June with Renibus Ther­a­peu­tics to pro­duce the APIs for RBT-9, an in­ves­ti­ga­tion­al ther­a­peu­tic en­ter­ing a Phase II tri­al for treat­ing Covid-19 pa­tients at high risk of de­te­ri­o­rat­ing health due to age or co­mor­bidi­ties.

“Cas­cade’s abil­i­ty to move quick­ly to de­sign, im­ple­ment, and scale-up a com­pre­hen­sive RBT-9 API man­u­fac­tur­ing strat­e­gy has been one of the es­sen­tial el­e­ments in our cam­paign to ini­ti­ate clin­i­cal tri­als with min­i­mal de­lay,” Al­varo Guillem, Renibus’ CEO said at the time.

The Biden administration has been raising hopes in the US that there will be ample vaccine supplies to inoculate more than 250 million American adults by May. There have been new deals with Moderna and Pfizer to ramp up 400 million doses, to cover 200 million, with 100 million single-shot vaccines from J&J top finish the job.

But some experts are sounding a warning that there could be a lot more to this than simply signing contracts. Vaccine manufacturing is not an easy business.