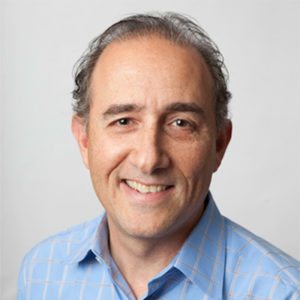 Cel­gene and Agios didn’t have to wait un­til the PDU­FA date at the end of Au­gust to get a speedy FDA de­ci­sion on enasi­denib (AG-221), their new ther­a­py for acute myeloid leukemia. The FDA cut to the chase and ap­proved it to­day.

“The use of Id­hi­fa was as­so­ci­at­ed with a com­plete re­mis­sion in some pa­tients and a re­duc­tion in the need for both red cell and platelet trans­fu­sions,” not­ed the FDA’s Richard Paz­dur in herald­ing the OK to­day. The drug will be used with the Re­al­Time IDH2 As­say, which is used to de­tect spe­cif­ic mu­ta­tions in the IDH2 gene in pa­tients with AML.

It won’t come cheap. From Cel­gene:

The ap­proval of ID­HI­FA rep­re­sents a new, tar­get­ed ther­a­py for a sub­type of AML with an ex­treme­ly rare ge­net­ic mu­ta­tion. The 8-19% of AML pa­tients that have an IDH2 mu­ta­tion rep­re­sent about 1,200 to 1,500 in­di­vid­u­als in the U.S. These pa­tients are liv­ing with dis­ease that has a poor prog­no­sis and no stan­dard of care and no oth­er cur­rent­ly ap­proved op­tions un­til to­day. Pair­ing this ther­a­py with an ap­proved com­pan­ion di­ag­nos­tic al­so sig­nif­i­cant­ly im­proves iden­ti­fi­ca­tion of el­i­gi­ble pa­tients who could ben­e­fit from this new­ly ap­proved treat­ment.

The re­la­tion­ship paid off nice­ly for Cel­gene. The jour­ney from first-in-hu­man test­ing to a reg­u­la­to­ry fil­ing took just three years, an in­cred­i­bly fast speed in R&D. And Agios plans to do that again with oth­er drugs in its pipeline. Leerink’s says it’s a big step for both com­pa­nies, which will be fol­lowed close­ly dur­ing the mar­ket launch.

This is the first drug to emerge from Cel­gene’s col­lab­o­ra­tion with Agios, and from Agios’ re­search plat­form in can­cer me­tab­o­lism, and al­so the first drug to be ap­proved from Cel­gene’s net­worked re­search arrange­ments. It pro­vides im­por­tant val­i­da­tion for both plat­form and strat­e­gy, and in­vestors will close­ly mon­i­tor the drug’s com­mer­cial per­for­mance to as­sess how well these ad­vances trans­late in­to com­mer­cial suc­cess. Cel­gene is the pri­ma­ry com­mer­cial­iz­ing par­ty in the US, al­though Agios has opt­ed in to co-com­mer­cial­ize the prod­uct in the US. Cel­gene has sug­gest­ed that they will add ap­prox­i­mate­ly 30 head­count to sup­port the prod­uct’s com­mer­cial­iza­tion on the US. Cel­gene es­ti­mates that there is a tar­get­ed pa­tient pop­u­la­tion of 1,200-1,500 pa­tients in the US and ex­pects the du­ra­tion of treat­ment to ap­prox­i­mate the 4 months ob­served in the phase I/II tri­al.

Leerink’s Michael Schmidt al­so took a step back and sized up the im­pli­ca­tions for the biotech, now that it owns the IDH1 ther­a­py. It all adds up to a siz­able op­por­tu­ni­ty, he notes:

CEO David Schenkein is fond of re­call­ing Agios start­ed out with lit­tle more than a blank sheet of pa­per. Since then, the pages have been filled with high-pro­file part­ner­ships, an IPO for its po­ten­tial cut­ting-edge work and now its first new drug ap­proval. It’s a wa­ter­shed mo­ment for this biotech.