When the FDA’s Vac­cines and Re­lat­ed Bi­o­log­i­cal Prod­ucts Ad­vi­so­ry Com­mit­tee meets next month to dis­cuss the de­vel­op­ment and au­tho­riza­tion of Covid-19 vac­cines, the chair­woman won’t be there. 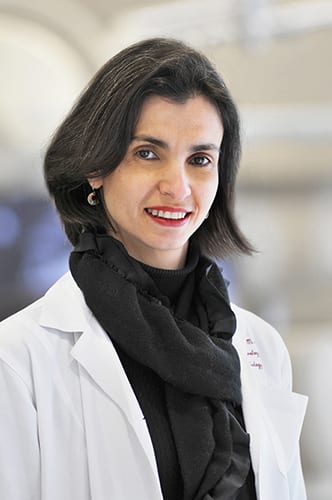 The FDA has yet to re­lease the ros­ter for the Oct. 22 meet­ing. The vac­cine ad­vi­so­ry com­mit­tee cur­rent­ly con­sists of 15 vot­ing mem­bers; they are set to de­lib­er­ate on Covid-19 vac­cines gen­er­al­ly in­stead of de­bat­ing any spe­cif­ic ap­pli­ca­tion.

Mon­cef Slaoui, the for­mer head of Glax­o­SmithK­line’s vac­cines de­part­ment, stepped off once the White House tapped him as the chief sci­en­tif­ic ad­vi­sor of Op­er­a­tion Warp Speed. Two months lat­er, Brigham and Women’s pres­i­dent Eliz­a­beth Nabel fol­lowed in his foot­steps as her hos­pi­tal was set to be a site for Mod­er­na’s Phase III tri­al.

Work­ing on the broad­er, na­tion­al lev­el, El Sahly re­cent­ly de­scribed her role to the lo­cal af­fil­i­ate ABC13: “Re­view­ing the re­lat­ed doc­u­ments, the com­mu­ni­ca­tions that sort of laid the ground for the process of get­ting the study start­ed.”

Al­though reg­u­la­tors are not bound to fol­low the ad­comm’s rec­om­men­da­tions, this par­tic­u­lar meet­ing is spe­cial. FDA com­mis­sion­er Stephen Hahn has spot­light­ed the event — which will be open to the pub­lic — as an il­lus­tra­tion of the kind of trans­paren­cy and sci­ence-dri­ven ap­proach that his agency is striv­ing for.