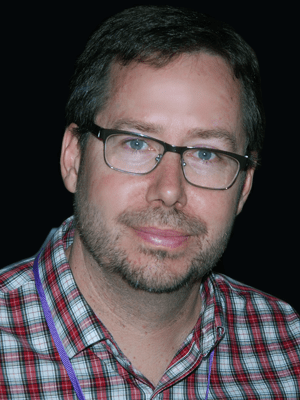 David Boul­ware of the Uni­ver­si­ty of Min­neso­ta Med­ical School, who was un­af­fil­i­at­ed with the tri­al, told End­points News via email of the re­sults, “the out­comes were bet­ter among those who could tol­er­ate the med­i­cine, where the most com­mon side ef­fects were gas­troin­testi­nal in na­ture. Among those who took at least 80% of the flu­vox­am­ine, there was a two-thirds re­duc­tion in hos­pi­tal­iza­tions or ER vis­its – as well as deaths be­ing re­duced by 90% with on­ly one death in the flu­vox­am­ine [arm of the tri­al] ver­sus 12 with place­bo.”

Pre­vi­ous­ly, a tri­al in the US of a high­er dose of flu­vox­am­ine (100 mg three times a day for 15 days) in­clud­ed a low­er risk group for the pri­ma­ry out­come but found no cas­es among 80 pa­tients re­ceiv­ing flu­vox­am­ine ver­sus six cas­es among 72 pa­tients re­ceiv­ing place­bo, ac­cord­ing to the Lancet pa­per. A large ob­ser­va­tion­al study from France al­so showed a re­duc­tion in the use of in­tu­ba­tion or death with the use of SS­RIs among 7,230 hos­pi­tal­ized Covid-19 pa­tients.

There are still two US tri­als in­ves­ti­gat­ing a low­er flu­vox­am­ine dose of 50 mg twice dai­ly which would have few­er side ef­fects and be more tol­er­a­ble, ac­cord­ing to Boul­ware.

Walid Gel­lad, di­rec­tor of the Uni­ver­si­ty of Pitts­burgh’s Cen­ter for Phar­ma­ceu­ti­cal Pol­i­cy & Pre­scrib­ing and al­so un­af­fil­i­at­ed with the tri­al, told End­points that this is “a re­al­ly im­por­tant tri­al show­ing again the pow­er of these adap­tive plat­form tri­als. The big ques­tions were stat­ed at the end of the ed­i­to­r­i­al: what does this mean for vac­ci­nat­ed peo­ple, and how does this fit in terms of oth­er ther­a­pies we now have, like mon­o­clon­al an­ti­bod­ies and mol­nupi­ravir. The drug again high­lights the im­por­tance of ear­ly and quick di­ag­no­sis, which is re­quired to get peo­ple med­ica­tions as ear­ly as pos­si­ble.”