It can be tough to be a vac­cine de­vel­op­er in Chi­na.

Yisheng­Bio shed some light on the reg­u­la­to­ry hoops and hur­dles it had to jump through since launch­ing its first ra­bies vac­cine in 2003 — and the grand plans it has for the glob­al pipeline in in­fec­tious dis­eases and can­cer — in an IPO fil­ing on the HKEX. 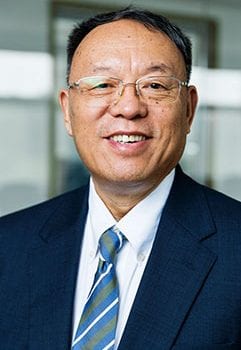 The 2014 dis­pute that founder and chair­man Zhang Yi got in­to with the Chi­nese FDA, for in­stance, turned out to have cost a lot more than just a few vac­cine batch­es that didn’t get re­leased. While the com­pa­ny said it had vol­un­tar­i­ly halt­ed man­u­fac­tur­ing ac­tiv­i­ties, re­port­ed the con­t­a­m­i­na­tion and be­gan a re­view of the fa­cil­i­ties, the reg­u­la­tors per­formed an in­spec­tion and sus­pend­ed the GMP li­cense for a cou­ple of months while al­so block­ing re­lease of 117 oth­er lots of the YS­JA ra­bies vac­cine. At­tempts to take the then-CF­DA to court end­ed in vain.

Af­ter the GMP li­cense ex­pired at the end of 2013, the lapse in man­u­fac­tur­ing ap­par­ent­ly stretched out over years: 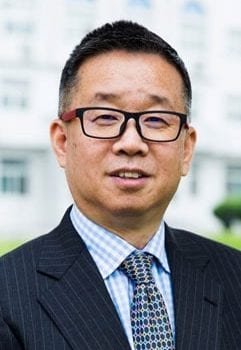 Ac­cord­ing to the biotech, the tech­nol­o­gy “aug­ments both in­nate and adap­tive im­mune re­spons­es through the TLR3, RIG-I and MDA5 path­ways.”

Zhang, though, re­mained a con­trol­ling share­hold­er through­out all this. The founder group he and his wife Rui Mi lead holds 58.17% of the to­tal is­sued shares, giv­ing them sub­stan­tial in­flu­ence po­ten­tial­ly even af­ter the IPO.

Aside from a con­tin­ued com­mer­cial push in Chi­na (and ac­com­pa­ny­ing scale-ups in their base in Shenyang), he’s al­so eye­ing man­u­fac­tur­ing se­tups in Sin­ga­pore to ac­com­mo­date an ex­pan­sion in­to South­east Asia.