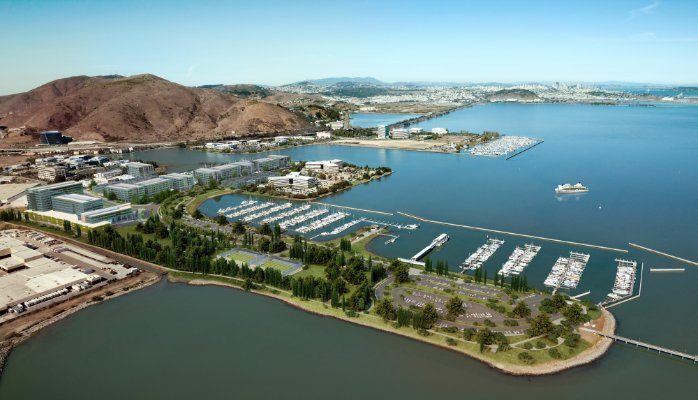 That all proved to be ir­re­sistible to a group of Chi­nese de­vel­op­ers who are now plan­ning to in­vest more than $1 bil­lion in­to the prop­er­ty, with ini­tial plans to add 500,000 square feet of of­fice and lab space for the re­gion’s boom­ing biotech in­dus­try. Tao­tao Song, CEO of Oys­ter Point De­vel­op­ment, LLC, and EVP at Green­land USA, a key play­er in the joint ven­ture de­vel­op­ment group, had this to say:

“Our vi­sion is to fur­ther ce­ment South San Fran­cis­co’s role and rep­u­ta­tion as the world’s lead­ing biotech hub by cre­at­ing a best-in-class cam­pus that will stim­u­late and sus­tain its eco­nom­ic and so­cial fab­ric.”

Bil­lions of dol­lars in new in­vest­ment cash has poured in­to Bay Area biotech in re­cent years, and this area in South San Fran­cis­co has been a mag­net for star­tups like Sec­ond Genome. Hun­dreds of life sci­ences groups have mi­grat­ed to the area, mak­ing it a ri­val West Coast hub to the bustling clus­ter in and around Cam­bridge, MA.