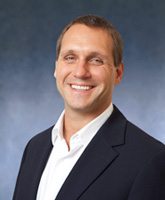 McVicar was re­cruit­ed to Flex two months ago. Its shares closed Mon­day at $3.43, just a shrunk­en re­flec­tion of its one-time high.

West­phal achieved star sta­tus in the big Cam­bridge/Boston hub when he sold Sir­tris to Glax­o­SmithK­line for $720 mil­lion in cash 9 years ago. GSK lat­er laid off the Sir­tris gang and ab­sorbed the re­search work in its US ops, go­ing silent on the work. West­phal briefly ran GSK’s ven­ture group, SR One, then set up Ve­rastem. He is al­so a part­ner at Long­wood Fund, which he co-found­ed.

Ve­rastem’s ear­ly 2012 IPO al­so de­buted high, with a $10 price that helped shine a light on the biotech IPO boom to come. Lat­er he turned the lead role over to Robert For­rester and then left the board a year ago af­ter the biotech ex­pe­ri­enced dev­as­tat­ing clin­i­cal set­backs, leav­ing For­rester work­ing on a turn­around plan.

Last fall Flex’s one and on­ly clin­i­cal as­set, FLX-787, failed a study for pre­vent­ing noc­tur­nal leg cramps among a high-risk group, though West­phal’s team in­sist­ed that if you left out one of the three sites with ques­tion­able re­sults the da­ta were good.

Flex is push­ing ahead with with two planned Phase II tri­als.

“On be­half of the Board and the Com­pa­ny, I want to thank Christoph for his vi­sion and en­tre­pre­neur­ial lead­er­ship since the com­pa­ny’s in­cep­tion,” said Dr. Rod MacK­in­non, No­bel lau­re­ate and Flex Phar­ma sci­en­tif­ic co-founder, in a pre­pared state­ment.