Clo­vis writes a $20 mil­lion check payable to the SEC, hop­ing to rid it­self of the lin­ger­ing ro­ci probe

Clo­vis On­col­o­gy $CLVS wants to put the SEC’s nag­ging ques­tions about the way it han­dled its con­tro­ver­sial ro­ci da­ta to bed. And they’re will­ing to pay $20 mil­lion to make that headache go away.

In their Q2 re­port Clo­vis re­vealed they had reached an agree­ment to set­tle the SEC in­ves­ti­ga­tion in prin­ci­ple for $20 mil­lion, pro­vid­ed it’s ac­cept­able by all par­ties.

The house­keep­ing item ap­pears about 4 months af­ter the biotech re­vealed that the SEC was prep­ping civ­il charges against “cur­rent and for­mer” ex­ecs for the ro­ci de­ba­cle. There was no de­tail pro­vid­ed on who that may be, but Clo­vis CEO Patrick Ma­haffy has been in charge there through­out the con­tro­ver­sy — pulling back the cur­tain on­ly oc­ca­sion­al­ly to re­veal an SEC as well as DoJ probe of the af­fair.

With shares pumped to about $100, Clo­vis stunned in­vestors in late 2015 when it sud­den­ly slashed the re­sponse rate on rocile­tinib for non-small cell lung can­cer to 34% for the 625-mg dose arm, and 28% for the 500-mg dose arm, a plunge of more than 20 points. The news put the drug — un­til then po­si­tioned as a promis­ing ri­val to Tagris­so (AZD9291) backed with peak sales pro­jec­tions of $3 bil­lion — at a dis­tinct dis­ad­van­tage, and the sub­se­quent rout evis­cer­at­ed the biotech’s share price.

Set­backs hap­pen in biotech. But some of the ex­perts who watched this drug say this was not the usu­al kind of clin­i­cal re­ver­sal that can eas­i­ly oc­cur in a risky field like drug de­vel­op­ment. Clo­vis ex­ecs had been pur­pose­ly mis­lead­ing in­vestors with a false por­trait of the da­ta, they claimed. 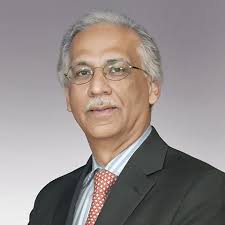 “I feel that the ef­fi­ca­cy da­ta have, con­sis­tent­ly and re­peat­ed­ly, over many years, been mis­rep­re­sent­ed,” R&D ex­pert Kapil Dhin­gra told me months lat­er af­ter he wrote an analy­sis of the da­ta for An­nals of On­col­o­gy. “This is not sim­ply a case of gray zones, this is black and white un­true pre­sen­ta­tion of the da­ta. And it is not just a mi­nor mis­rep­re­sen­ta­tion (such as pho­to­shop­ping a west­ern blot im­age etc that can get a ba­sic sci­en­tist in trou­ble); the true ef­fi­ca­cy is about half of what they rep­re­sent­ed.”

The rest is his­to­ry that Ma­haffy and Clo­vis would clear­ly pre­fer to for­get. The drug was bat­ted back by the FDA, Ma­haffy buried the pro­gram and then shift­ed fo­cus to Rubra­ca. And that’s where they hope to stay fo­cused.

Clo­vis writes a $20 mil­lion check payable to the SEC, hop­ing to rid it­self of the lin­ger­ing ro­ci probe