The me­dia push comes as the Mod­er­na vac­cine has proven to be over­whelm­ing­ly safe in more than 155 mil­lion in­di­vid­u­als. But coun­tries like Fin­land, Swe­den, Nor­way and Den­mark have lim­it­ed use of the Mod­er­na vac­cine to men over the age of 30, as it found the younger men who re­ceived the vac­cine, known as Spike­vax, had a slight­ly high­er risk of de­vel­op­ing my­ocardi­tis when com­pared to oth­er vac­cines.

But he al­so not­ed that when my­ocardi­tis does ap­pear, typ­i­cal­ly af­ter the sec­ond dose with males, for the most part it re­solves on its own. He al­so said the rea­son why men get my­ocardi­tis while women do not may be linked to testos­terone. 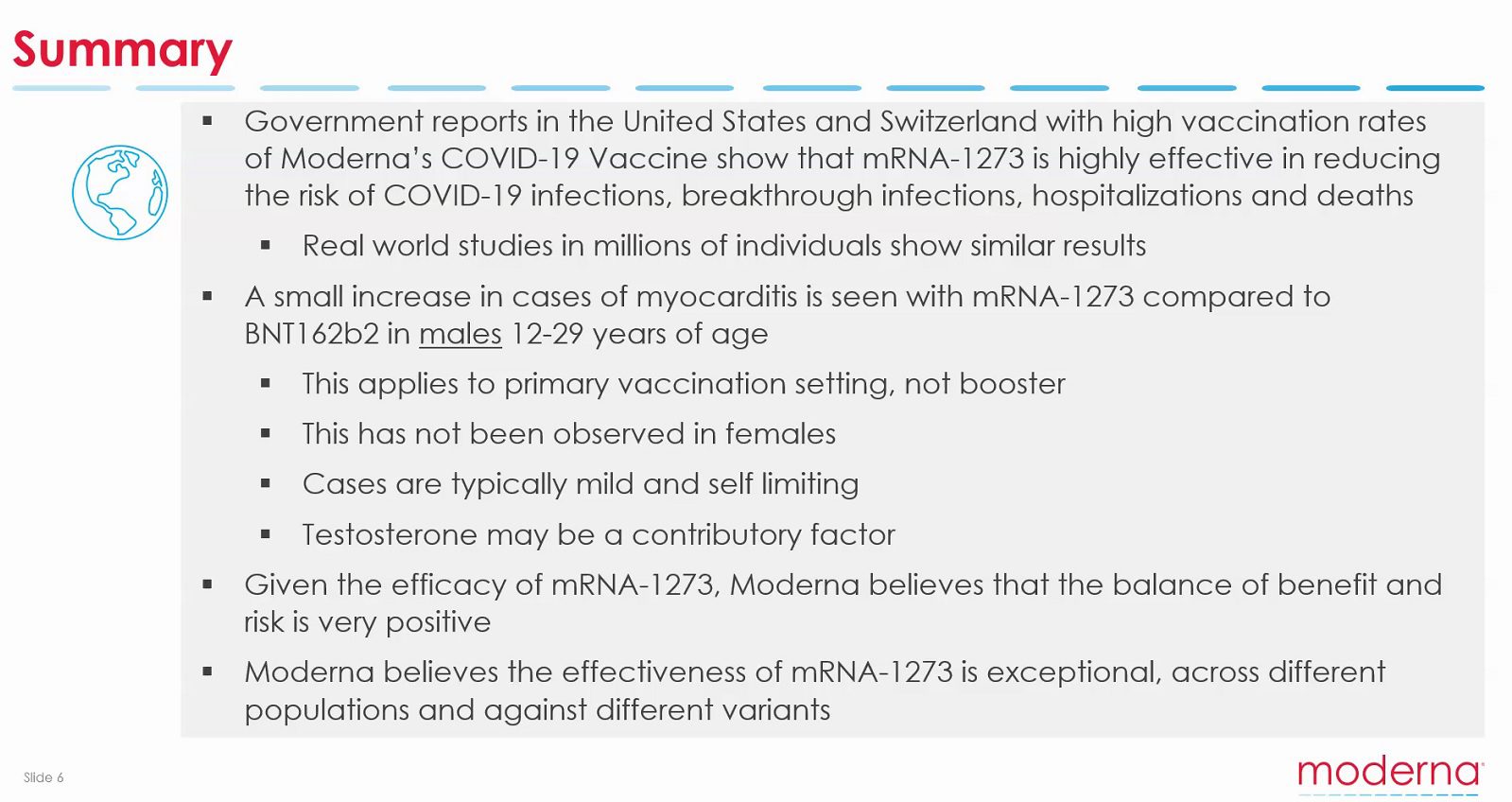 Mod­er­na did not re­spond to a ques­tion about fur­ther de­tails for why the FDA has pushed back its re­view of the com­pa­ny’s vac­cine for younger pop­u­la­tions. The com­pa­ny pre­vi­ous­ly said the FDA needs ad­di­tion­al time to com­plete its as­sess­ment for the vac­cine among ado­les­cents 12 to 17 years old be­cause the agency wants to “eval­u­ate re­cent in­ter­na­tion­al analy­ses of the risk of my­ocardi­tis af­ter vac­ci­na­tion,” Mod­er­na said. The re­view could take un­til Jan­u­ary.

As Covid-19 cas­es con­tin­ue to in­crease across Eu­rope, the Eu­ro­pean Med­i­cines Agency on Thurs­day signed off on two new mon­o­clon­al an­ti­body treat­ments sub­mit­ted by Roche (Re­gen­eron de­vel­oped the mAb) and Cell­tri­on.

Al­though the US has au­tho­rized and dis­trib­utes three mAb treat­ments to states (de­vel­oped by Re­gen­eron, Eli Lil­ly and GSK/Vir), these are the first two OKs from the EMA for mAb treat­ments.

EMA’s hu­man med­i­cines com­mit­tee rec­om­mend­ed au­tho­riz­ing Roche and Re­gen­eron’s mAb treat­ment, known in the EU as Ron­apreve, for treat­ing Covid-19 in those who are 12 years of age and old­er, weigh at least 40 kilo­grams (88 pounds), and who are at in­creased risk of their dis­ease be­com­ing se­vere but do not yet re­quire sup­ple­men­tal oxy­gen.

Ron­apreve al­so won a nod as a pro­phy­lac­tic in the same pop­u­la­tion.