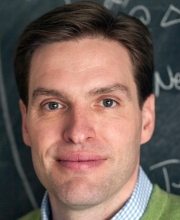 The tech race spawned by a block­buster scram­ble to the top of the emerg­ing CAR-T sec­tor has in­spired a tie-up be­tween one of the pi­o­neer­ing sci­en­tists in­volved with CRISPR/Cas9 gene edit­ing and an up-and-com­er can­cer drug de­vel­op­er that is work­ing on a game plan to over­take the lead­ers — which are way out front right now. 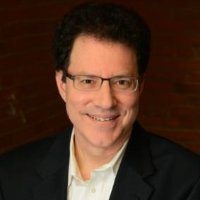 Mus­tang CEO Man­ny Litch­man told me re­cent­ly that the next gen­er­a­tion of CAR-T drugs to hit the mar­ket can be both more ef­fec­tive and cheap­er when it comes to treat­ing blood can­cers and sol­id tu­mors, a key part of the off-the-shelf ef­fort that looks to sup­plant the ex­pen­sive land­mark ther­a­pies made from each pa­tient’s cells.

“Look in the black box of man­u­fac­tur­ing,” Litch­man told me, and you can see “dozens of pa­ra­me­ters that can vary.”

En­list­ing Cow­an, a sci­en­tif­ic founder at CRISPR Ther­a­peu­tics, is a big plus at this ear­ly stage of the game for Mus­tang.

Litch­man is the for­mer head of on­col­o­gy BD at No­var­tis, where he was present at the cre­ation of the Penn/No­var­tis deal that set the phar­ma gi­ant down the path to­ward an his­toric CAR-T ap­proval. He was pro­gram head of CTL019 for awhile. And he’s fol­low­ing in much the same path that the pi­o­neers — along with Kite and Juno — did, let­ting the sci­en­tif­ic founders do the ear­ly-stage re­search work that will be used to set up the fast-paced piv­otal de­vel­op­ment pro­grams to come.