Richard Paz­dur, the pow­er­ful di­rec­tor of the FDA’s On­col­o­gy Cen­ter of Ex­cel­lence, chimed in at the meet­ing, say­ing he hasn’t come across a re­sult like this in 20 years.

“While we are dis­ap­point­ed by the out­come of to­day’s ODAC vote, we will work close­ly with the FDA as it com­pletes the re­view of our sub­mis­sion,” said An­toine Yver, Dai­ichi Sankyo’s glob­al head of on­col­o­gy R&D. 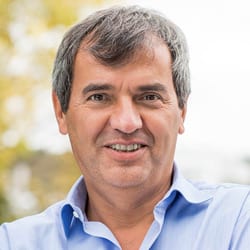 It’s a sharp con­trast with pex­i­dar­tinib, which would be the first non-sur­gi­cal treat­ment for a rare but of­ten de­bil­i­tat­ing con­di­tion in­volv­ing tu­mors in joints and ten­dons.

Though the FDA al­so raised ques­tions about ef­fi­ca­cy, cit­ing a “high lev­el of miss­ing da­ta at Week 25,” 12 of the ex­perts on the pan­el had no prob­lem en­dors­ing the ben­e­fits over the risks.