Fresh off of a 20th birth­day cel­e­bra­tion, French biotech In­nate Phar­ma filed for a US IPO worth up to $100 mil­lion. They de­tailed in their fil­ings a strat­e­gy to roll cash in­to pre­clin­i­cal work, ad­vanc­ing the tri­als for two drugs tar­get­ing blood can­cer and sol­id tu­mors and fur­ther test­ing the check­point in­hibitor mon­al­izum­ab, while al­so build­ing a com­mer­cial in­fra­struc­ture to mar­ket and cap­i­tal­ize on their trade­mark leukemia drug Lu­mox­i­ti. 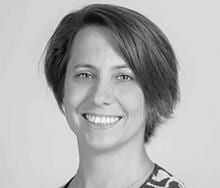 The im­muno-on­col­o­gy biotech ac­quired its first big drug last year as it li­censed Lu­mox­i­ti from As­traZeneca. It’s the first FDA-ap­proved drug for hairy cell leukemia in 20 years. But, as they write in their F-1, al­though the com­pa­ny will be ful­ly re­spon­si­ble for mar­ket­ing the drug by 2020, they “cur­rent­ly have no sales, mar­ket­ing or com­mer­cial prod­uct dis­tri­b­u­tion or­ga­ni­za­tion and have no ex­pe­ri­ence in mar­ket­ing or man­ag­ing the man­u­fac­tur­ing of prod­ucts.”

They are cur­rent­ly test­ing mon­al­izum­ab, their lead drug, in col­lab­o­ra­tion with As­traZeneca for sol­id tu­mors, in­clud­ing SC­CHN (head and neck) and CRC (col­orec­tal). They part­nered out that drug as part of the same deal that li­censed Lu­mox­i­ti to them, with As­traZeneca ex­er­cis­ing its $100 mil­lion for an op­tion on the drug, with an­oth­er $100 mil­lion pay­out at the first Phase III de­vel­op­ment and $825 mil­lion in po­ten­tial mile­stone mon­ey.

Pre­lim­i­nary da­ta from the lat­est 40-per­son ex­pan­sion to a Phase II tri­al showed a 27.5% re­sponse rate and one com­plete re­sponse. Fol­low-up da­ta are com­ing with­in the year.

This year, they al­so gained FDA fast-track sta­tus for the an­ti­body IPH4102 for treat­ment-re­sis­tant Sézary syn­drome, an ag­gres­sive form of lym­phoma, in ad­di­tion to or­phan drug des­ig­na­tions in the US and Eu­rope.

Lu­mox­i­ti was ap­proved un­der pri­or­i­ty re­view af­ter a Phase III tri­al demon­strat­ed a 75% re­sponse rate, with 30% of pa­tients re­spond­ing com­plete­ly. But there were less than 100 pa­tients and the drug was no­table among the half of all FDA-ap­proved treat­ments that were stamped based on a sin­gle tri­al in 2018.