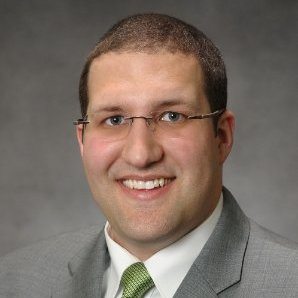 Of­fi­cial­ly, No­van $NOVN put out some mixed da­ta from two Phase III stud­ies of their lead drug for ac­ne, with one suc­cess and one fail­ure. But even the pos­i­tive da­ta from one tri­al failed to stand out from the con­trol arm in a ma­jor way, putting this com­pa­ny un­der a cloud.

Its stock plunged 80% this morn­ing.

On the up side, in­ves­ti­ga­tors say that SB204 hit all three co-pri­ma­ry end­points for NI-AC302, with sig­nif­i­cant – though far from im­pres­sive – re­sults for re­duc­ing the num­ber of le­sions and ac­ne clear­ance. Here are the num­bers, for both stud­ies:

The sec­ondary end­points looked quite sim­i­lar, leav­ing Mor­risville, NC-based No­van count­ing its cash. There’s enough mon­ey on hand to make it through the end of the year, when it’s hop­ing to have some bet­ter da­ta from an up­com­ing read­out on an an­ti-fun­gal pro­gram.

No­van raised $45 mil­lion with its IPO last fall, ear­mark­ing the mon­ey for an NDA for this drug, which it billed as the first new chem­i­cal en­ti­ty to come along for ac­ne in 20 years. Those plans may well have to change now. The biotech end­ed the day yes­ter­day with a mar­ket cap of $298 mil­lion.

“While we are pleased with the re­sults of the NI-AC302 tri­al that met the reg­u­la­to­ry re­quire­ment for sta­tis­ti­cal­ly sig­nif­i­cant ef­fi­ca­cy of SB204, we are dis­ap­point­ed with the dis­cor­dant re­sults of NI-AC301. Our team has not yet re­ceived the full da­ta set and we in­tend to pro­vide an up­date on the SB204 pro­gram af­ter our com­plete analy­sis,” said Nathan Stasko, PhD, Pres­i­dent and CEO of No­van. “De­spite these dis­cor­dant re­sults, we be­lieve in the po­ten­tial of ni­tric ox­ide’s mul­ti­ple, well-doc­u­ment­ed mech­a­nisms of ac­tion and the da­ta we have re­cent­ly gen­er­at­ed for our SB206 an­ti-vi­ral and SB414 an­ti-in­flam­ma­to­ry prod­uct can­di­dates. We con­tin­ue to look for­ward to near term clin­i­cal re­sults from our SB208 an­ti-fun­gal pro­gram in the sec­ond quar­ter of 2017 and ad­vanc­ing our pipeline of in­no­v­a­tive ther­a­pies for pa­tients suf­fer­ing from skin dis­eases.”