Eight years af­ter Eli Lil­ly dumped it, an up­start biotech has nabbed teplizum­ab and filed a $56M IPO to back a PhI­II come­back

Eight years ago, a drug called teplizum­ab went down in flames af­ter it failed in a piv­otal di­a­betes study un­der­tak­en by Eli Lil­ly. But yes­ter­day a lit­tle start­up called Proven­tion Bio in-li­censed it from Macro­Gen­ics, the orig­i­nal de­vel­op­er, whipped around and to­day used it as their lead drug for a $56 mil­lion IPO fil­ing.

Teplizum­ab wasn’t com­plete­ly dead back in 2010 when Lil­ly dumped the whole thing. But it came aw­ful­ly close to that. 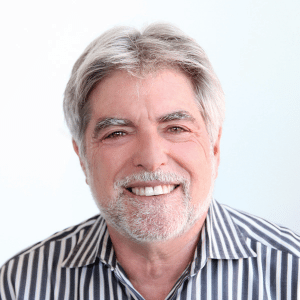 Jef­frey Blue­stone, a high-pro­file sci­en­tist at UCSF who had worked long and hard on the drug, nev­er lost faith over 30 years of la­bor­ing on it. He con­tin­ued to pur­sue hu­man stud­ies for the drug, watch­ing large groups of di­a­bet­ics re­spond fa­vor­ably to the drug, but weary­ing at times at the task of try­ing to get some re­al mon­ey to back a come­back ef­fort. We ex­changed sev­er­al mes­sages about this drug a cou­ple of years ago as Blue­stone — now run­ning the Park­er In­sti­tute — pushed ahead.

The drug has shown val­ue in pre­serv­ing be­ta cells in the pan­creas, re­duc­ing the need for in­sulin among Type 1 pa­tients. And that’s where it will be test­ed in Phase III, with the study planned to launch next year.

“I am very ex­cit­ed about the “re­vival” of Teplizum­ab,” Blue­stone tells me in an email. “My col­leagues and I have al­ways felt that the drug could be im­pact­ful for re­cent on­set pa­tients with Type 1 Di­a­betes and more­over oth­er au­toim­mune dis­eases. The suc­cess in mul­ti­ple Phase II tri­als con­duct­ed by the aca­d­e­m­ic com­mu­ni­ty gives me great hope for the po­ten­tial for this drug to have an im­pact in a sig­nif­i­cant per­cent­age of these pa­tients. On­ward and up­ward.” 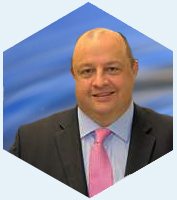 Eight years af­ter Eli Lil­ly dumped it, an up­start biotech has nabbed teplizum­ab and filed a $56M IPO to back a PhI­II come­back