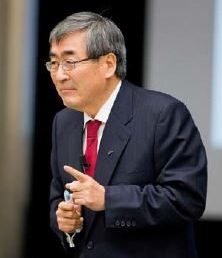 Ei­sai says that its can­cer drug Lenvi­ma (lenva­tinib) hit the pri­ma­ry end­point in a Phase III study for first-line use against liv­er can­cer, prov­ing non-in­fe­ri­or to Nex­avar. That suc­cess, the com­pa­ny adds, will set up reg­u­la­to­ry fil­ings in the US, Eu­rope and Asia.

Al­ready ap­proved for kid­ney can­cer, Tokyo-based Ei­sai says their drug scored on the over­all sur­vival rate, test­ing it in a study with 954 pa­tients. And in­ves­ti­ga­tors added that the drug al­so hit on a slate of sec­ondary end­points in­clud­ing progress-free sur­vival, time to pro­gres­sion and the ob­jec­tive re­sponse rate.

Liv­er can­cer is a par­tic­u­lar­ly big prob­lem in Chi­na, where Ei­sai plans to roll out an ap­pli­ca­tion in the near fu­ture.