For four years Eli Lil­ly $LLY com­mit­ted one of the biggest clin­i­cal ef­forts in the com­pa­ny’s his­to­ry to prov­ing that it could get solanezum­ab right on Alzheimer’s. Hav­ing nav­i­gat­ed through mul­ti­ple tri­al fail­ures al­ready, in­ves­ti­ga­tors were con­vinced that if they took what they had learned, changed the pa­tient pop­u­la­tion, stick­ing to on­ly pa­tients with a mild form of the dis­ease while us­ing bet­ter di­ag­nos­tics — even chang­ing the end­points in the lead up to the fi­nal read out — they could make a case that this drug could make a sig­nif­i­cant im­prove­ment for pa­tients.

In­stead, they came up with a set of mod­est fig­ures in­di­cat­ing that at best they had mere­ly tapped the brakes on the dis­ease. And to­day they spelled it all out in what will like­ly be the post mortem on what once fac­tored in as one of the biggest clin­i­cal gam­bles in the his­to­ry of bio­phar­ma.

Look­ing for a dom­i­nant new block­buster, they had to set­tle for en­cour­ag­ing pa­tients to hope for some­thing bet­ter. 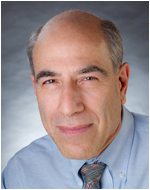 “Alzheimer’s is a chal­leng­ing dis­ease that re­searchers have been com­mit­ted to study­ing for some years,” said Lawrence S. Honig, MD, PhD, pro­fes­sor of neu­rol­o­gy at Co­lum­bia Uni­ver­si­ty Med­ical Cen­ter and prin­ci­pal in­ves­ti­ga­tor of the EX­PE­DI­TION3 study, pre­sent­ed the da­ta at the meet­ing. “Now is not the time to give up. While the out­come of this study is not what we had hoped for, it is rea­son­able to be­lieve that dis­ease mod­i­fy­ing ther­a­pies to slow down the pro­gres­sion of Alzheimer’s dis­ease will be dis­cov­ered.”

The sec­ondary end­points weren’t that much dif­fer­ent.

In the mean­time, you can rack up an­oth­er set­back in a field that has known on­ly late-stage fail­ure in the past decade.