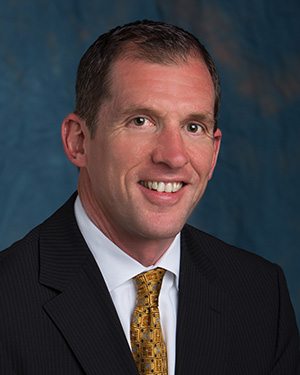 Three years af­ter En­do­cyte’s shares $ECYT were shred­ded by the fail­ure of its lead can­cer pro­gram and Mer­ck’s de­ci­sion to ex­it their part­ner­ship, the lit­tle biotech is back with more bad news to re­port.

The biotech is re­treat­ing on two key clin­i­cal fronts, and it an­nounced plans to ax 40% of its staff to help con­serve cash as it re­cal­i­brates its de­vel­op­ment plans.

Its stock plunged 34% on the news.

In a state­ment out Fri­day the com­pa­ny says it “plans to stop en­roll­ment in the EC1456 tri­al, where a care­ful as­sess­ment in fo­late re­cep­tor-pos­i­tive (FR-pos­i­tive) dis­ease across mul­ti­ple co­horts of pa­tients and mul­ti­ple dos­ing sched­ules did not yield the lev­el of clin­i­cal ac­tiv­i­ty nec­es­sary to sup­port con­tin­ued ad­vance­ment of this agent.”

The once high-fly­ing biotech scored a $1 bil­lion li­cens­ing pact with Mer­ck on vintafolide, which al­so gained a con­di­tion­al ap­proval in Eu­rope based on pos­i­tive Phase II da­ta. But the drug sub­se­quent­ly failed to im­prove pro­gres­sion-free sur­vival for ovar­i­an can­cer pa­tients.

“As we re­fo­cus our clin­i­cal de­vel­op­ment ef­forts, we are al­so align­ing our in­vest­ments and re­sources to ad­vance our most com­pelling pipeline pro­grams to key in­flec­tion points,” not­ed CEO Mike Sher­man, who came in af­ter the first big set­back.

En­do­cyte says it ex­pects to have $105 mil­lion in cash at the end of this year.

Merck is slamming the brakes on a late-stage Keytruda study in prostate cancer after an interim analysis showed no improvement in survival, the company announced on Wednesday. However, the pharma giant cushioned the blow with a positive look at a separate study in biliary tract cancer.

An independent data monitoring committee reviewing the Phase III KEYNOTE-991 trial saw no improvement in overall survival or radiographic progression-free survival in a Keytruda combination group compared to the control group, Merck said in a news release. The trial was conducted in more than 1,200 patients with metastatic hormone-sensitive prostate cancer (mHSPC), or those whose cancer is controlled by keeping testosterone levels as low as would be expected after castration.