Part of a joint en­ti­ty weav­ing to­geth­er three New Sci­ence Ven­tures com­pa­nies work­ing on im­mune mod­u­la­tors, a re­designed Ven­tyx sports an S1P1 re­cep­tor mod­u­la­tor for IBD as well as a TYK2 in­hibitor the biotech will ini­tial­ly pit against Crohn’s dis­ease in an up­com­ing Phase I. 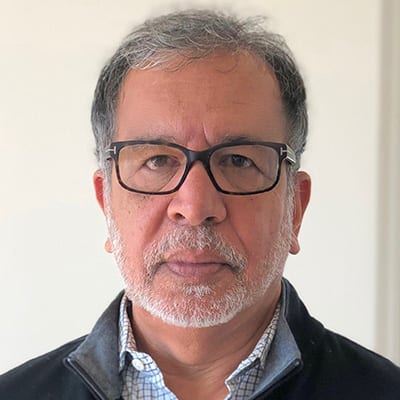 The de­ci­sion to un­cloak its pre­vi­ous­ly-un­der-wraps pipeline — what CEO Ra­ju Mo­han called a “qui­et mode,” rather than stealth — was an op­por­tunis­tic play for Ven­tyx spurred by in­vestor in­ter­est in what the team was work­ing on.

“Part of the goal of set­ting up the sin­gle com­pa­ny is to have sin­gle in­ter­est from in­vestors,” Mo­han told End­points News. “This was not a plan — we had a lot of in­bound in­ter­est in our port­fo­lio, and we felt that com­bin­ing these to­geth­er, both for the com­pa­ny and for in­vestors, would be re­al­ly at­trac­tive.”

The round is led by ven­Bio Part­ners, which will plant Richard Gaster and Aaron Roys­ton on­to the com­pa­ny’s board. Third Point’s Ji­gar Chok­sey will al­so join the board as part of the fi­nanc­ing round.

“A tru­ly se­lec­tive TYK2 does not cross over in­to the JAK fam­i­ly — and that’s what we have,” he said. “We think it has the po­ten­tial to be best in class.”

Even if VTX-958 does keep chug­ging along, it’s like­ly to face at least one com­peti­tor.

In No­vem­ber, Bris­tol My­ers Squibb rolled out Phase III head-to-head ear­ly da­ta for its own TYK2 hope­ful deu­cravac­i­tinib show­ing the drug beat out no less a chal­lenger than block­buster Ote­zla in clear­ing pso­ri­a­sis pa­tients’ skin. It was an ear­ly re­ward for Bris­tol, which opt­ed to stick with deu­cravac­i­tinib and bail on Ote­zla as part of its merg­er with Cel­gene. Mean­while, even small play­ers like Neu­ron23 are in the game for the first FDA-ap­proved TYK2. The biotech scored a $113 mil­lion com­bined Se­ries A and B in De­cem­ber and is ad­vanc­ing a TYK2 it be­lieves can stave off neu­ro-in­flam­ma­tion.

With its slate stacked, Mo­han said Ven­tyx was im­me­di­ate­ly fo­cused on get­ting its clin­i­cal pro­grams through the next cou­ple years — but could be open in the fu­ture to cap­i­tal­iz­ing on the ris­ing tide of biotech val­u­a­tions, whether that’s an IPO, re­verse merg­er or oth­er­wise.

“We’re well fund­ed, we can take all these com­pounds through proof of con­cept for the next cou­ple of years, we’ve got a bunch of re­al­ly ex­cit­ing dis­cov­ery pro­grams — so hon­est­ly our laser fo­cus is on build­ing this com­pa­ny,”  he said. “That is the near term goal, but hav­ing said that we will look at all op­por­tu­ni­ties whether they’re fi­nanc­ing or strate­gic at the ap­pro­pri­ate time.”