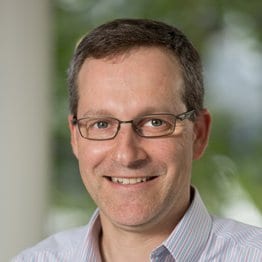 Bruce Gold­smith jumps to the helm of Pas­sage af­ter a brief CEO stint at Civet­ta, a can­cer-fo­cused start­up he helped launch while a ven­ture part­ner at Deer­field. He takes over from Or­biMed part­ner and in­ter­im chief Stephen Squin­to, who will now lead the R&D team.

He joins as the biotech preps IND fil­ings for three lead pro­grams in rare, mono­genic dis­eases of the cen­tral ner­vous sys­tem in 2020 — the lyso­so­mal stor­age dis­or­ders GM1 gan­gliasi­do­sis and Krabbe dis­ease, as well as fron­totem­po­ral de­men­tia.

A close pact with Penn’s Gene Ther­a­py Pro­gram and Or­phan Dis­ease Cen­ter gave Pas­sage rights to five pro­grams right out of the gate, with op­tions to li­cense sev­en more.

“It’s a very ag­gres­sive clin­i­cal de­vel­op­ment strat­e­gy across a mul­ti­tude of pro­grams,” Squin­to said as he closed a $110 mil­lion Se­ries B in Sep­tem­ber. “We’re not gonna re­ly on any one pro­gram to dri­ve the val­ue of Pas­sage, we’re gonna re­ly on what is a very very full pipeline of op­por­tu­ni­ties.”

Gold­smith will now lead a team of about 25 to build on pre­clin­i­cal and IND-en­abling da­ta from Wil­son’s lab — a com­pa­ny grow­ing ex­er­cise he honed as COO of Lyc­era. There, he was al­so cred­it­ed for a num­ber of busi­ness de­vel­op­ment ini­tia­tives.

The tran­si­tion in­to the clin­ic would al­so mean mov­ing pro­duc­tion from ear­ly fa­cil­i­ties at Penn to Paragon’s GMP sites, and even­tu­al­ly to a cus­tomized suite slat­ed for com­ple­tion in the third quar­ter of this year.

Squin­to, a rare dis­ease ex­pert who de­vot­ed much of his ca­reer to Alex­ion, will con­tin­ue to help over­see all of that as a board di­rec­tor.