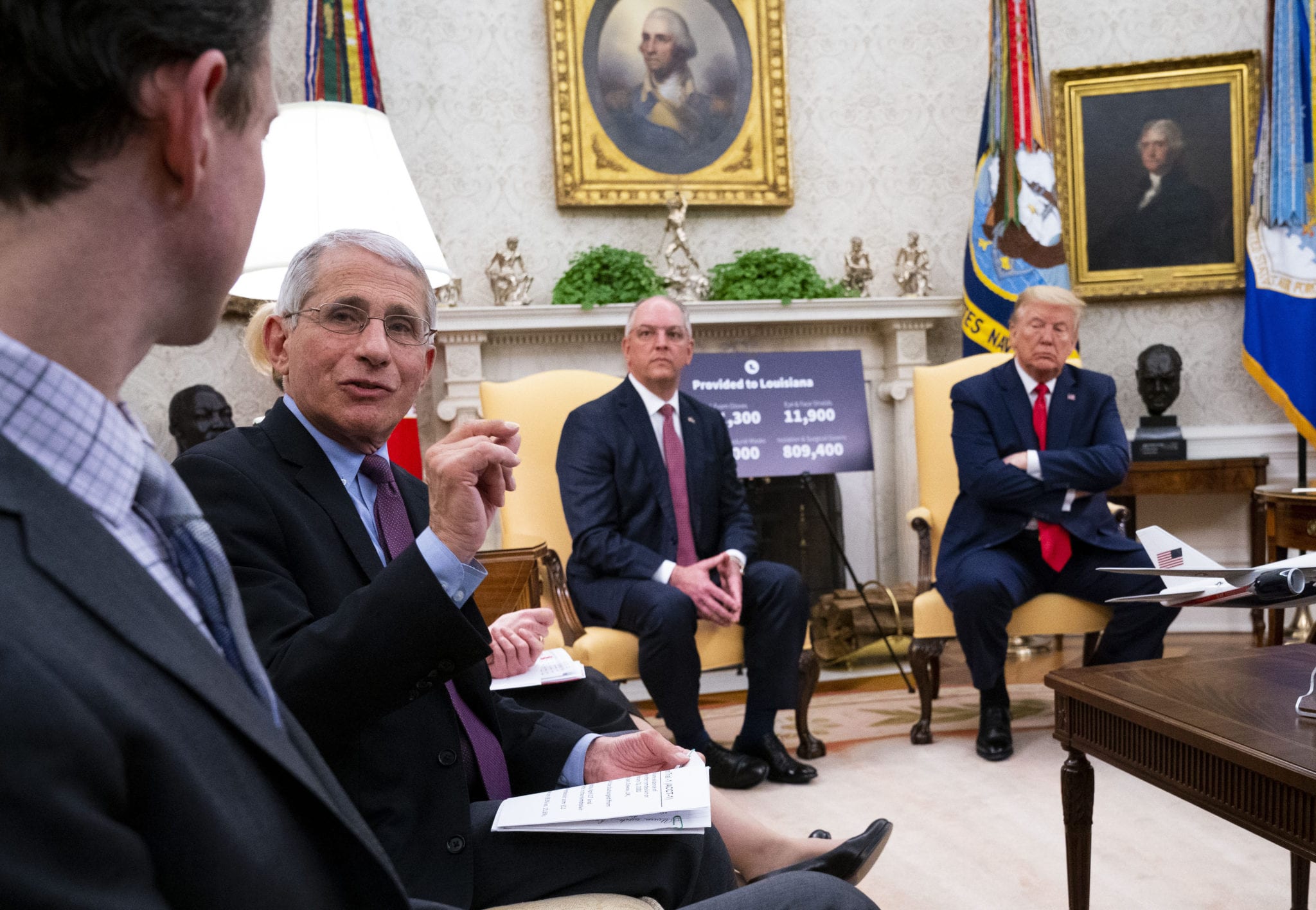 Hours after Gilead announced that an NIH trial testing their antiviral drug remdesivir in Covid-19 patients had succeeded, NIAID director Anthony Fauci sat on a couch in the Oval Office and gave the world the top-line readout.

The mortality data were not yet statistically significant, he cautioned but were trending in the right direction. Fauci, surrounded by President Trump, Vice President Mike Pence and several other advisors, said the news was a “very optimistic” sign in the hunt for treatments to fight the virus.

”Although a 31% improvement doesn’t seem like a knockout 100%, it is a very important proof of concept,” he said. “Because what it has proven, is that a drug has blocked this virus.”

Fauci said more details would come and that the study would be submitted to a peer-reviewed journal. Trump, who deferred to Fauci in giving the readout, echoed Fauci’s commentary.

“It’s a beginning, that means you build on it,” Trump said. “But it’s a very positive event.”

Shortly after the briefing, the New York Times reported that the FDA was preparing to issue an emergency use authorization for the drug’s use in Covid-19. In an email to Endpoints News, the FDA did not confirm or deny the Times’ report, but a spokesperson said the agency has “been engaged in sustained and ongoing discussions with Gilead Sciences regarding making remdesivir available to patients as quickly as possible, as appropriate.”