A lit­tle more than a month af­ter Am­gen qui­et­ly walked away from its $65 mil­lion up­front to part­ner with Ad­vax­is $ADXS on ax­al­imo­gene filolis­bac, the biotech is re­port­ing that the FDA has slapped the pro­gram with a par­tial hold or­der­ing a stop to new en­roll­ment in the Phase III. And this isn’t the first time.

Ac­cord­ing to the com­pa­ny’s re­lease, reg­u­la­tors trig­gered the hold on their study for cer­vi­cal can­cer due to “re­quests for ad­di­tion­al in­for­ma­tion per­tain­ing to cer­tain AX­AL chem­istry, man­u­fac­tur­ing and con­trols (CMC) mat­ters.” No new safe­ty is­sues were iden­ti­fied, ac­cord­ing to the biotech. 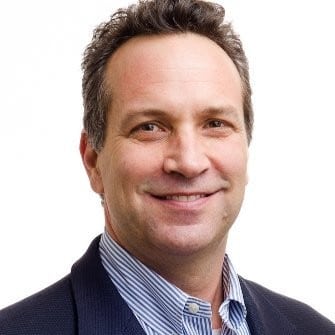 “FDA’s re­view of the AX­AL In­ves­ti­ga­tion­al New Drug (IND) ap­pli­ca­tion was prompt­ed by our pro­pos­al to mod­i­fy the AIM2CERV tri­al’s analy­sis plan to in­clude, among oth­er things, al­lowance for a sec­ond for­mal in­ter­im analy­sis for both safe­ty and ef­fi­ca­cy,” said Ken­neth Berlin, Ad­vax­is’ CEO. “The pri­ma­ry fo­cus of the items raised by the Agency re­lates to pro­vid­ing ad­di­tion­al clar­i­fy­ing de­tails for CMC in­for­ma­tion pre­vi­ous­ly pro­vid­ed in sup­port of Phase 3 de­vel­op­ment and which will help sup­port a fu­ture Bi­o­log­ics Li­cense Ap­pli­ca­tion. We have al­ready be­gun ef­forts to ad­dress the Agency’s re­quests for in­for­ma­tion and are work­ing to re­spond as prompt­ly as we can.”

That event fol­lows an ear­li­er clin­i­cal hold on their lead pro­gram in com­bi­na­tion with As­traZeneca’s PD-L1 check­point Imfinzi fol­low­ing a pa­tient death, though the hold was lat­er lift­ed. Af­ter a months-long holdup in H1 2018, re­searchers came up with new guide­lines aimed at pre­vent­ing any fu­ture in­stances of acute res­pi­ra­to­ry fail­ure that killed the pa­tient.