The FDA will ex­tend its clin­i­cal hold on Lari­mar Ther­a­peu­tics’ lead rare dis­ease drug CTI-1601, ask­ing for more da­ta be­fore it will re­con­sid­er the com­pa­ny’s case, Lari­mar said in a re­lease Tues­day.

The agency ini­tial­ly placed a hold on the Phase I pro­gram in Friedre­ich’s atax­ia back in May af­ter the com­pa­ny re­port­ed mul­ti­ple deaths of non-hu­man pri­mates in pre­clin­i­cal test­ing. 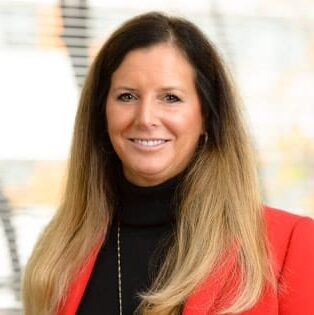 With the hold now in place for even longer, Lari­mar said it is eval­u­at­ing da­ta from com­plet­ed stud­ies to fig­ure out if it wants to take on the headache of a new study. The com­pa­ny is al­so re­con­sid­er­ing tim­ing on a planned open-la­bel ex­pan­sion study, as well as an as­cend­ing-dose pe­di­atric tri­al.

“Our next step is to en­gage with the agency to de­ter­mine how we can meet their re­quest in the most ef­fi­cient and ex­pe­di­tious man­ner,” CEO Ca­r­ole Ben-Mai­mon said in a state­ment. “Based on all avail­able clin­i­cal and non-clin­i­cal da­ta, we con­tin­ue to be­lieve there is a path for­ward through the res­o­lu­tion of the CTI-1601 clin­i­cal hold.”

Now, Lari­mar is look­ing to slash and burn as it paves its cash run­way out past 2023, Ben-Mai­mon said in a re­lease:

The FDA approved Ferring Pharmaceuticals’ Rebyota drug on Wednesday, a poop-based drug implant that can prevent the recurrence of Clostridioides difficile infection.

While the use of fecal microbiota transplantation (FMT) — replenishing a patient’s gut with bacteria from healthy feces — has already been happening without an FDA-approved product, Rebyota is the first drug approved by the agency to fight the potentially deadly infection.