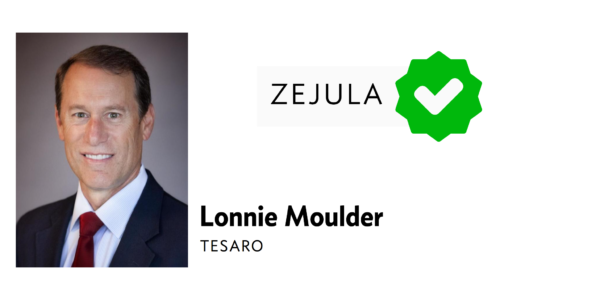 The FDA has wast­ed no time in giv­ing Tesaro $TSRO a broad ap­proval for the use of its PARP drug ni­ra­parib, which will now be mar­ket­ed as Ze­ju­la as a main­te­nance ther­a­py for re­cur­rent ovar­i­an can­cer.

The OK and the la­bel that came with it rep­re­sents a set­back for Myr­i­ad Ge­net­ics $MYGN, which had ar­gued that its com­pan­ion di­ag­nos­tic would be need­ed to iden­ti­fy a spe­cif­ic group of ovar­i­an can­cer pa­tients with a bio­mark­er in­di­cat­ing that they would most like­ly ben­e­fit. But reg­u­la­tors blew past any di­ag­nos­tic qual­i­fi­ca­tion in giv­ing Tesaro the la­bel that it was look­ing for, vin­di­cat­ing CEO Lon­nie Moul­der’s vow that he could get an OK aimed at a large seg­ment of the mar­ket.

Tesaro had ar­gued that the ef­fi­ca­cy da­ta for ni­ra­parib qual­i­fied for an ap­proval for use in pa­tients who are ei­ther HRD pos­i­tive or HRD neg­a­tive. But they were op­posed by a part­ner who had a sol­id busi­ness case for ar­gu­ing that the drug should be re­served for pa­tients who would be most like­ly to ben­e­fit.

It’s a trans­for­ma­tion­al mo­ment for Tesaro. Its drug was list­ed by Eval­u­atePhar­ma as one of the top drugs in the in­dus­try’s pipeline this year, with peak sales ex­pec­ta­tions hov­er­ing close to $2 bil­lion a year. And its stock climbed about 6% in af­ter-mar­ket trad­ing.

The ap­proval came months ahead of the FDA’s PDU­FA dead­line in June, in­di­cat­ing its in­ter­est and un­der­stand­ing of the field.

Ze­ju­la’s la­bel notes that it is in­di­cat­ed for the main­te­nance treat­ment of adult pa­tients with re­cur­rent ep­ithe­lial ovar­i­an, fal­lop­i­an tube, or pri­ma­ry peri­toneal can­cer who are in a com­plete or par­tial re­sponse to plat­inum-based chemother­a­py. And Tesaro im­me­di­ate­ly fol­lowed the news of the OK with plans to open up on the R&D pro­gram for the drug.