FDA throws up another roadblock to Cardiome, 9 years after rejecting its drug

Nine years after the FDA threw Cardiome $CRME for a loop, rejecting its IV atrial fibrillation drug Brinavess (vernakalant), the biotech is no closer to changing the agency’s decision.

Back in 2008 regulators demanded more data on heart failure, including additional safety work. Then, in 2012, Merck dropped its rights in the drug and left the penny stock biotech to market the drug in Europe and Latin America on its own.

Now the FDA says that Cardiome’s plans to address the nearly decade-old rejection of the ion channel antagonist by supplying real-world safety data from 6 years of use along with interim data from a European safety study required for its approval isn’t going to fly. 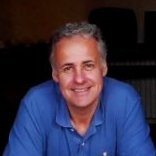 Cardiome’s shares cratered on the news, dropping more than 30% on Monday.

Cardiome’s annual revenue for all of 2016 was just above $25 million.

William Hunter, CEO and president of Cardiome, had this to say:  “We are disappointed that the Agency did not find these data compelling enough to recommend a resubmission, especially when several regulatory bodies in major jurisdictions around the world, including Canada in March 2017, have found the drug to be safe and effective. We will continue to have a dialogue with the FDA as we review our regulatory options.”

There are currently no approved jabs to prevent chikungunya virus infection despite decades of R&D efforts, a fact that underscores not just how arduous traditional vaccine development but its status as a neglected tropical disease. In a absence of a major commercial market, the US government and CEPI have deployed various grants and incentives to spur on a small crew of academics and industry players, with Merck, via its acquisition of Themis, claiming a spot in that race.

UPDATED: Sanofi buys mRNA player Translate Bio for $3.2B. And the price fits a popular range for biotech M&A

FDA throws up another roadblock to Cardiome, 9 years after rejecting its drug

UPDATED: Sanofi buys mRNA player Translate Bio for $3.2B. And the price fits a popular range for biotech M&A