On­coRe­sponse has en­tered the on-ramp for its im­muno-on­col­o­gy clin­i­cal plans. And the biotech now has a $40 mil­lion B round from a mix of main­stream and non­tra­di­tion­al in­vestors to get them over the hur­dle and in­to hu­man stud­ies. 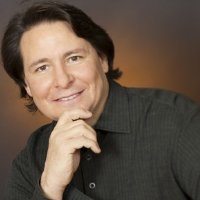 The new mon­ey has al­so al­lowed the biotech to ex­pand its base camp to 18 staffers, with plans to add a few more to the core team.

At this point, Stock says that he can see do­ing one more ven­ture round ahead of an IPO as they gar­ner sol­id hu­man da­ta for in­vestors to look at. But, if the very ear­li­er da­ta is great, he can see ad­vanc­ing the time­line.

But all the stars would have to align. In the mean­time, now that the B round is com­plete, Stocks wants to shift fo­cus more to the part­ner­ing realm, hop­ing to build cred­i­bil­i­ty with some high-pro­file al­lies in the busi­ness.