In their dis­sent­ing opin­ion, the three lib­er­al jus­tices wrote, “To­day’s de­ci­sion strips women of agency over what even the ma­jor­i­ty agrees is a con­test­ed and con­testable moral is­sue. It forces her to car­ry out the State’s will, what­ev­er the cir­cum­stances and what­ev­er the harm it will wreak on her and her fam­i­ly.” 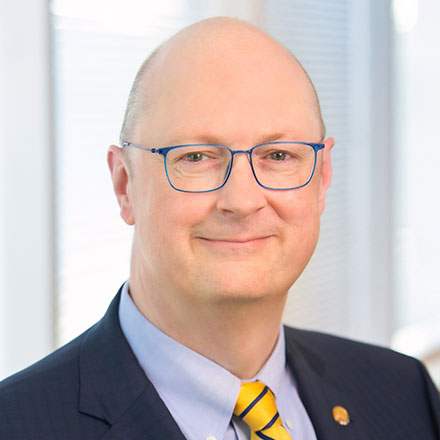 “If a court were to say a state could ban cer­tain drugs, the im­pli­ca­tions for the phar­ma­ceu­ti­cal in­dus­try are huge. Go­ing to get a [new drug ap­pli­ca­tion] with the FDA is not some puny process, right? It takes hun­dreds of mil­lions of dol­lars and some­times decades of re­search. Com­pa­nies en­dure those costs and time be­cause they think it’s go­ing to lead to a na­tion­wide li­cense to sell a prod­uct. If all of a sud­den states can ban prod­ucts, you can imag­ine com­pa­nies be­ing pret­ty up­set,” Greer Don­ley, an as­sis­tant pro­fes­sor at the Uni­ver­si­ty of Pitts­burgh School of Law, told Bloomberg re­cent­ly.

U.S. At­tor­ney Gen­er­al Mer­rick Gar­land al­so made clear in a state­ment on Fri­day that states would not be able to ban the use of the abor­tion pill:

And we stand ready to work with oth­er arms of the fed­er­al gov­ern­ment that seek to use their law­ful au­thor­i­ties to pro­tect and pre­serve ac­cess to re­pro­duc­tive care. In par­tic­u­lar, the FDA has ap­proved the use of the med­ica­tion Mifepri­s­tone. States may not ban Mifepri­s­tone based on dis­agree­ment with the FDA’s ex­pert judg­ment about its safe­ty and ef­fi­ca­cy.

Mass­a­chu­setts pre­vi­ous­ly sought to ban the use of a par­tic­u­lar opi­oid (most re­cent­ly pulled from the mar­ket) af­ter it won FDA ap­proval, but that ban was over­turned in court.

but can they ban it as part of a gen­er­al ban on abor­tion, NOT fo­cused on its safe­ty or ef­fi­ca­cy? Does­n't look from the quote as tho the AG is opin­ing on that, hard­er but more im­por­tant, ques­tion. https://t.co/OYU­UaoKjMH