The Japan­ese firm is adding man­u­fac­tur­ing ca­pa­bil­i­ty at its core CD­MO wing by pump­ing $850 mil­lion in­to lo­ca­tions in the US and UK, it said in a re­lease. 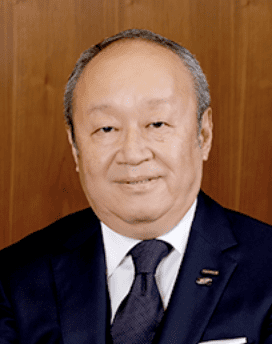 There’s been a boom­ing growth in the CD­MO space in the past two years, and that mar­ket is ex­pect­ed to con­tin­ue to ex­pand, Fu­ji­film Diosynth said, be­cause of the de­mand for gene ther­a­py, an­ti­bod­ies and vac­cines, in­clud­ing the Covid-19 vac­cine.

“Fu­ji­film will nev­er stop in its re­lent­less pur­suit to de­vel­op new tech­nolo­gies and pro­vide the nec­es­sary man­u­fac­tur­ing ca­pac­i­ty to meet the needs of our cus­tomers and ac­cel­er­ate the growth of its Bio CD­MO busi­ness,” pres­i­dent Tei­ichi Go­to said in a state­ment.

And in March, Fu­ji­film Diosynth hopped aboard the train to North Car­oli­na, with a $2 bil­lion plant that few fa­cil­i­ties have matched in dol­lar amount. Hol­ly Springs, with­in the Re­search Tri­an­gle area out­side of Raleigh, will be the host of 725 new jobs by 2028 and be op­er­a­tional by spring 2025, if all goes ac­cord­ing to plan. It will have eight 20,000-liter biore­ac­tors and the po­ten­tial to add up to 24 more of the same size, de­pend­ing on the de­mand. The site al­so will fea­ture com­mer­cial-scale, au­to­mat­ed fill-fin­ish and as­sem­bly, pack­ag­ing and la­bel­ing ser­vices.