The main ri­val­ry in mul­ti­ple myelo­ma is shap­ing up to be one be­tween Re­gen­eron and Bris­tol-My­ers, which picked up a bis­pe­cif­ic an­ti­body to BC­MA through its re­cent­ly closed $74 bil­lion takeover of Cel­gene. Both pre­sent­ed promis­ing first-in-hu­man da­ta at the ASH 2019 meet­ing.

With bis­pecifics the gen­er­al idea is to bridge T cells and tu­mors cells, there­by in­duc­ing the killing of can­cer. REGN5458, in par­tic­u­lar, binds to the CD3 re­cep­tor on the im­mune cells and BC­MA on mul­ti­ple myelo­ma cells.

In­ves­ti­ga­tors had da­ta on the first two dose groups to re­port from the on­go­ing Phase I/II dose es­ca­la­tion study, in which 3 pa­tients were giv­en 3mg week­ly dos­es and 4 pa­tients re­ceived 6mg. Over­all, 4 of them record­ed a re­sponse — giv­ing rise to a 57% re­sponse rate over­all — 3 of them from the 6mg group (75% re­sponse rate there). Among those three tak­ing the high­er dose, two passed the cru­cial test of be­ing min­i­mal resid­ual dis­ease (MRD) neg­a­tive, a high bar sug­gest­ing no can­cer cells were de­tectable in their bone mar­row. 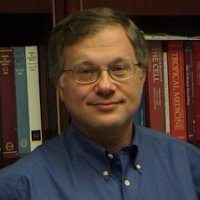 No­tably, these pa­tients have had a me­di­an of sev­en lines of pri­or ther­a­py and had all failed CD38 an­ti­body treat­ment. And at the 6mg dose lev­el, the me­di­an num­ber of pri­or treat­ment was even high­er at 9.5, Sko­r­ney not­ed.

Most of the grade 3 or high­er ad­verse events were neu­trope­nia, ane­mia and in­fec­tions, the in­ves­ti­ga­tors not­ed, though cy­tokine re­lease syn­drome al­so cropped up in 76% of all pa­tients in the tri­al.

“We are en­cour­aged to see promis­ing, rapid clin­i­cal ac­tiv­i­ty even at the ini­tial two dos­es of REGN5458 in heav­i­ly pre­treat­ed pa­tients with mul­ti­ple myelo­ma,” Is­rael Lowy, head of clin­i­cal and trans­la­tion­al sci­ences for on­col­o­gy at Re­gen­eron, said in a state­ment. “We are ac­tive­ly re­cruit­ing pa­tients in­to high­er dose groups in this tri­al and look for­ward to shar­ing fur­ther re­sults in 2020.”