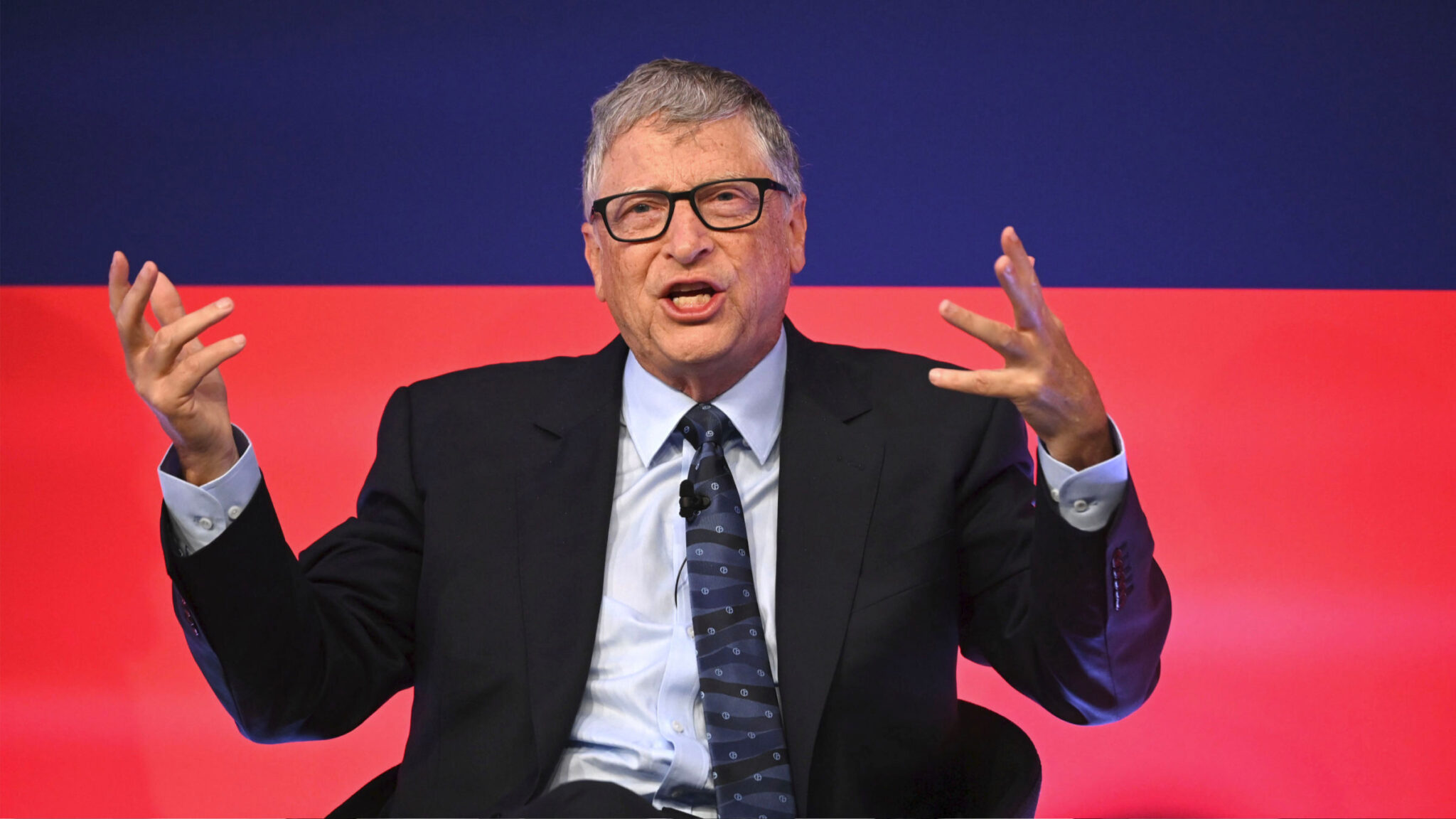 Mer­ck’s mol­nupi­ravir may not be of­fi­cial­ly au­tho­rized any­where in the world yet, but who will get ac­cess to it has shaped up to be a huge is­sue. The Bill & Melin­da Gates Foun­da­tion is now step­ping up to en­sure low­er-in­come coun­tries won’t be left be­hind — and call­ing on oth­ers to fol­low its lead.

The oral an­tivi­ral pill, which was shown to dra­mat­i­cal­ly cut the risk of se­vere Covid-19 dis­ease and death in a Phase III study, is the lat­est ral­ly­ing sym­bol in the bat­tle against not just the coro­n­avirus but the in­equal­i­ty it’s ex­posed.

“Mer­ck has tak­en im­por­tant steps to make this drug avail­able as a COVID-19 ther­a­py, in­clud­ing ne­go­ti­at­ing li­cens­es with gener­ics man­u­fac­tur­ers to in­crease sup­ply,” said Bill Gates, co-chair of the Gates Foun­da­tion. “We are pleased to work along­side these ef­forts to en­sure af­ford­abil­i­ty and avail­abil­i­ty in low­er-in­come coun­tries.”

Mer­ck stands to earn $1.2 bil­lion from its sup­ply deal with the US alone, and Mizuho an­a­lysts ex­pect the sales to swell to just un­der $5 bil­lion at peak based on the con­firmed price of $705 in the US and an es­ti­mat­ed “blend­ed rate” of $423 per course for the rest of the world. It’s un­clear how gener­ics may af­fect those num­bers (the WHO is al­so re­port­ed­ly lead­ing a con­sor­tium to pur­chase an un­spec­i­fied-but-prob­a­bly mol­nupi­ravir an­tivi­ral pill for $10).

The move comes amid a broad­er cam­paign to draw at­ten­tion to the in­equity in glob­al dis­tri­b­u­tion of Covid-19 vac­cines and treat­ments, with wealthy coun­tries hawk­ing the li­on’s share of sup­plies, leav­ing poor­er coun­tries even more vul­ner­a­ble as they fend for them­selves in the midst of out­breaks.

Pfiz­er was the lat­est drug­mak­er to come un­der at­tack. Pub­lic Cit­i­zen, the ad­vo­ca­cy group that’s pre­vi­ous­ly called on Mod­er­na to share its vac­cine recipe, has pub­lished a lengthy let­ter de­cry­ing “Pfiz­er’s Pow­er” — as doc­u­ment­ed in con­tracts with mul­ti­ple na­tion­al gov­ern­ments over the sup­ply of its mR­NA shot.

But there must be a bet­ter way, the group ar­gued.

In con­trast, the Gates Foun­da­tion struck a much more am­i­ca­ble tone when it came to ac­cel­er­at­ing ac­cess to mol­nupi­ravir. Al­though Melin­da French Gates, the oth­er co-chair of the Gates Foun­da­tion, called the cur­rent re­al­i­ty “un­ac­cept­able,” she did not sin­gle out some­one to blame:

“To­day’s com­mit­ment will en­sure that more peo­ple in more coun­tries get ac­cess to the promis­ing drug mol­nupi­ravir, but it’s not the end of the sto­ry — we need oth­er donors, in­clud­ing foun­da­tions and gov­ern­ments, to act.”

The foun­da­tion has so far of­fered $1.3 mil­lion to Med­i­cines for All In­sti­tute and the Uni­ver­si­ty of Man­ches­ter to de­vel­op low-cost man­u­fac­tur­ing process­es that can re­duce the cost of raw ma­te­ri­als and get more prod­uct from each run. On top of that, it’s shelled out $2.4 mil­lion in grants to get gener­ic com­pa­nies ready to ap­ply for WHO pre­qual­i­fi­ca­tion and start man­u­fac­tur­ing as soon as pos­si­ble.

Quebec-based Medicago and its adjuvant partner GlaxoSmithKline said Tuesday that their plant-based Covid-19 vaccine candidate proved to be 71% efficacious against all variants of SARS-CoV-2 in a Phase III trial of more than 24,000 adults in Canada, the US, UK, Mexico, Argentina and Brazil.

In addition to showing 75% efficacy against the Delta variant specifically, the companies also said the vaccine proved to be generally safe, with no serious adverse events reported and reactogenicity generally being mild to moderate. The results mean that a regulatory submission will be filed with Health Canada imminently, they said. 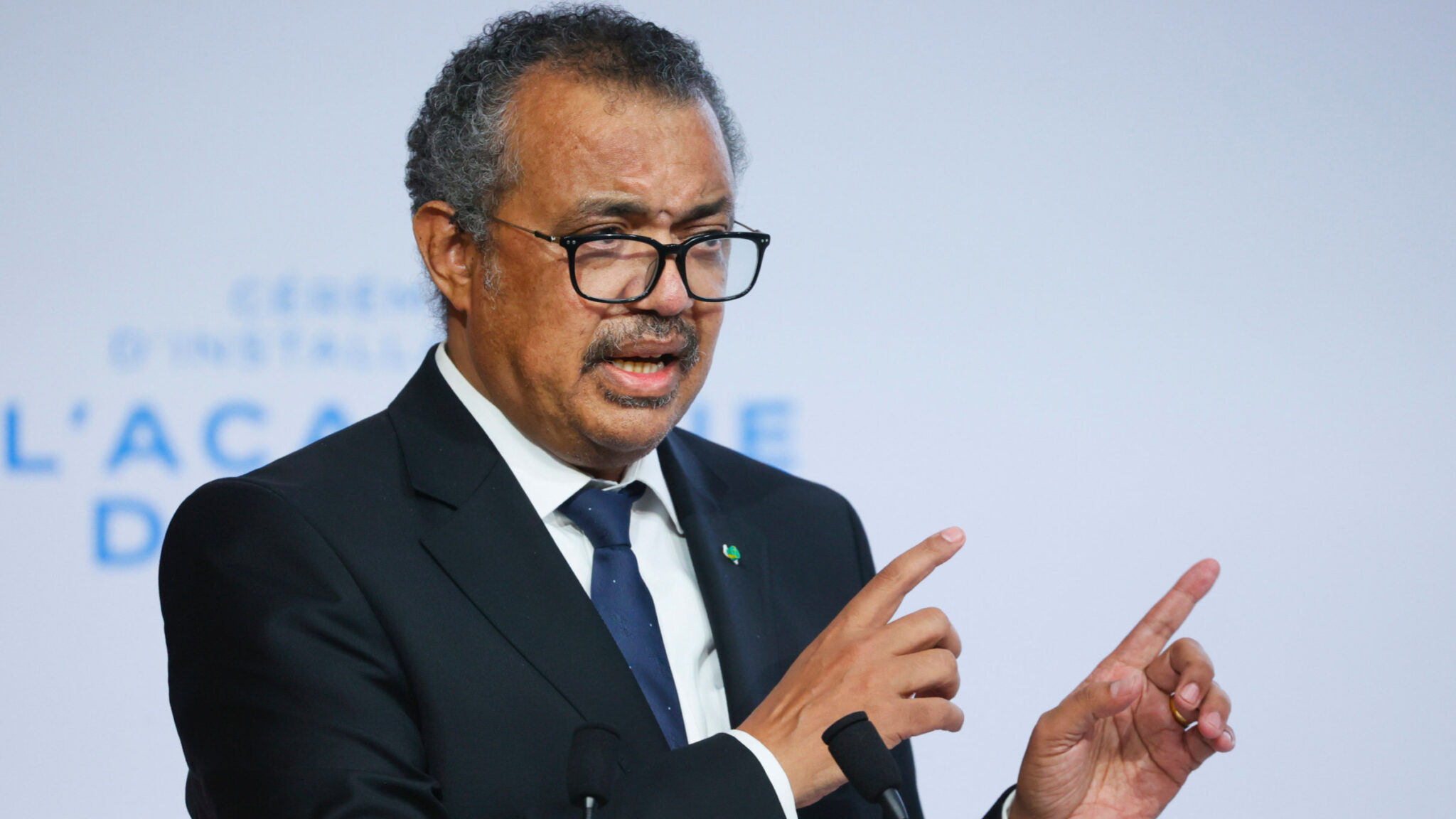 The World Health Organization said late today that it’s not recommending the use of convalescent plasma as a treatment for Covid-19 for mild or severe cases, but some U.S. experts disagree with the recommendations and say there are patients who can benefit from the plasma of those who’ve recovered from Covid-19.

The recommendation is informed by a review of 16 RCTs and a “meta-analysis on antibodies and cellular therapies for covid-19,” the WHO said, adding in a statement:

Two lots of the Covid-19 treatment Veklury have been recalled by Gilead, the company said last week, after the appearance of glass particulates. A customer complaint was confirmed by Gilead’s investigation.

Veklury, also known as remdesivir 100 mg for injection, is used in more than half of hospitalized patients with Covid-19, according to Gilead. It raked in around $2.8 billion last year, and was the only drug approved by the FDA for this setting. But a study out of Europe dubbed DisCoVeRy found that no clinical benefit was observed in patients who received the drug over those who got standard of care alone. And while previous studies have linked remdesivir to a faster time to recovery, that result was not seen in the DisCoVeRy trial.