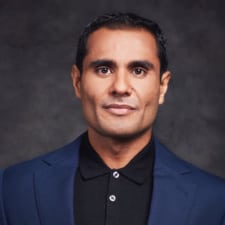 Be­cause the patent con­cerns so­fos­bu­vir, a cru­cial base com­pound that’s al­so used to make com­bo drugs like Har­voni and Ep­clusa, this de­ci­sion could af­fect not just one prod­uct but Gilead’s whole hep C fran­chise in the coun­try.

In re­sponse to my ques­tion as to whether Gilead will ap­peal the rul­ing (they have three months to do so), a spokesper­son says the Fos­ter City, CA-based com­pa­ny has not with­drawn their claims to the so­fos­bu­vir com­pound patent ap­pli­ca­tion in Chi­na. Here’s the rest of the re­sponse:

While So­val­di was launched in Chi­na at one-fifth the con­tem­po­rary price in the US — al­most $9,000 for a 12-week regime — its price still fre­quent­ly comes un­der at­tack, as it has in many oth­er coun­tries around the world. In fact, Gilead has drawn crit­i­cism ever since it be­gan sell­ing the drug at $84,000 in the US. And where­as Gilead de­signed li­cens­ing deals with gener­ic com­pa­nies in coun­tries like Ukraine, Be­larus, Thai­land and Malaysia in re­sponse to com­plaints, no such agree­ment was struck in Chi­na.

I-MAK, which al­so played a role in that de­ci­sion, has been bring­ing le­gal chal­lenges against Gilead in a num­ber of oth­er coun­tries, in­clud­ing the US. Its co-founder Tahir Amin told STAT that even though Gilead still holds four re­main­ing patent claims on So­val­di and da­ta ex­clu­siv­i­ty in Chi­na, they shouldn’t hin­der gener­ic mak­ers as much as this patent had.