Eigh­teen months af­ter the hap­less Swiss biotech Au­ris Med­ical $EARS an­nounced its first Phase III study for its ex­per­i­men­tal drug Keyzilen (AM-101) for tin­ni­tus had flopped, its sec­ond late-stage study has al­so come in snake eyes — even though it re­vised the end­points and made the case it had good rea­son to be­lieve it was on track to win.

Win­ning, though, is not some­thing this com­pa­ny does much of. 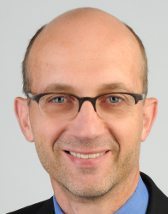 It didn’t help, which is of­ten the case with these 11th hour tri­al re­vi­sions.

In the mean­time, Au­ris an­nounced last fall that its hear­ing loss drug, AM-111, al­so failed in its Phase III tri­al.

The com­pa­ny si­mul­ta­ne­ous­ly not­ed to­day that its stock, which closed at 25 cents a share on Tues­day, was in for a one-for-10 split to keep it in line with Nas­daq rules. Be­fore that, the stock took a 40% hit in af­ter-mar­ket trad­ing, falling 10 cents.