The can­cer screen­ing up­start Grail got start­ed with more than a bil­lion dol­lars in launch mon­ey from some of the biggest gam­blers in the US ven­ture com­mu­ni­ty. And now some promi­nent Chi­nese in­vestors want in­to the game, an­te­ing up a $300 mil­lion mon­ster round to fu­el the de­vel­op­ment of new prod­ucts. 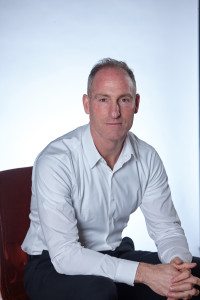 The mon­ey could be a crossover round for Grail, which has been ru­mored to be in the hunt for an IPO on the Hong Kong ex­change. The city just re­vamped its rules to al­low pre-rev­enue com­pa­nies like Grail to list.

“Many of our new in­vestors have a fo­cus in Asia, which we be­lieve is a nat­ur­al fit as we plan to grow our ca­pa­bil­i­ties and op­er­a­tions in the re­gion, fol­low­ing the planned launch of our first prod­uct for ear­ly de­tec­tion of na­sopha­ryn­geal can­cer in Hong Kong this year,” said Ken Drazan, pres­i­dent, in a state­ment.

A well-known in­vest­ment firm op­er­at­ing be­tween Chi­na, the US and Eu­rope, Al­ly Bridge Group played a cru­cial as­sist role for Ge Li when he took WuXi pri­vate in 2015. Founder and CEO Frank Yu has al­so in­vest­ed in Tesaro and Sor­ren­to Ther­a­peu­tics. 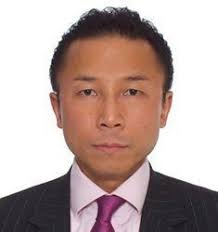 “We are very im­pressed with the sci­en­tif­ic, clin­i­cal, and soft­ware en­gi­neer­ing achieve­ments the team at GRAIL has made in just over two years. Our sig­nif­i­cant in­vest­ment in GRAIL aligns well with Al­ly Bridge’s strong fo­cus on in­vest­ing in some of the world’s most in­no­v­a­tive life sci­ence tech­nolo­gies and en­hanc­ing val­ue-cre­ation across ge­o­gra­phies,” said Yu in a re­lease.

A handful of biotechs are hitting Wall Street just before the start of the weekend, with three companies — Caribou Biosciences, Sophia Genetics and Absci — all pricing big raises Wednesday and Thursday. Gamma delta T cell-focused IN8bio relaunched its IPO campaign months after postponing it last November, seeking a slightly lower raise. And another SPAC has filed for a public debut.

Following a massive public raise last November, Kodiak Sciences has re-worked a royalty sale agreement with an old partner — and declined new funds in the process.

Kodiak is turning down a planned $125 million payment from Baker Bros. Advisors, according to an SEC filing, cutting short an agreement that saw the biotech hand over a 4.5% stream of royalty sales on its experimental anti-VEGF therapy KSI-301 for retinal vascular diseases. In conjunction with the move, Kodiak is shrinking the royalty cap from just over $1 billion to $450 million.

Like so many people around the world, my life has been profoundly shaped by cancer. Those personal experiences, along with a deep love of clinical laboratory science and a passion to apply the power of genomics in medicine, motivated me to launch a company that would improve cancer care through better diagnostics. Thirteen years later, I am proud that we are delivering more accurate information at multiple points along the patient journey, with a focus on eight of the 10 cancers that are most commonly diagnosed in the United States.