Their ap­pli­ca­tion drew a sting­ing re­buke from FDA can­cer czar Richard Paz­dur, who said that the faulty ap­pli­ca­tion in­volved things he hadn’t seen in 20 years at the agency. Paz­dur is well known for mak­ing a per­son­al ap­pear­ance at ODAC meet­ings when he wants to sin­gle out a com­pa­ny or a study for crit­i­cism.

The set­back puts Dai­ichi Sankyo even fur­ther be­hind Astel­las, which got an ap­proval for this in­di­ca­tion for Xospa­ta last fall, as well as No­var­tis’ Ry­dapt. 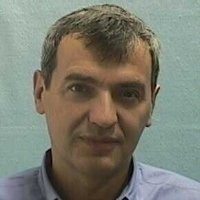 Dai­ichi Sankyo bought this drug in their $410 mil­lion buy­out of Am­bit 5 years ago. Last Au­gust, the com­pa­ny scored a break­through ther­a­py des­ig­na­tion for it on the back of piv­otal da­ta that showed a 27% over­all sur­vival rate com­pared to 20% in the chemother­a­py arm. But on clos­er in­spec­tion, the FDA con­clud­ed that Dai­ichi’s num­bers were a re­flec­tion of a built-in bias.

The com­pa­ny kept it short in their state­ment Fri­day morn­ing.

“Dai­ichi Sankyo is eval­u­at­ing the Com­plete Re­sponse Let­ter and will de­ter­mine next steps in the US,” said An­toine Yver, EVP and Glob­al Head, On­col­o­gy Re­search and De­vel­op­ment, Dai­ichi Sankyo.

Still on the line is a de­ci­sion on pex­i­dar­tinib, which won the pan­el vote de­spite se­ri­ous con­cerns re­gard­ing liv­er tox­i­c­i­ty. That drug, com­bined with a REMS pro­gram, stands a much bet­ter chance of ap­proval.