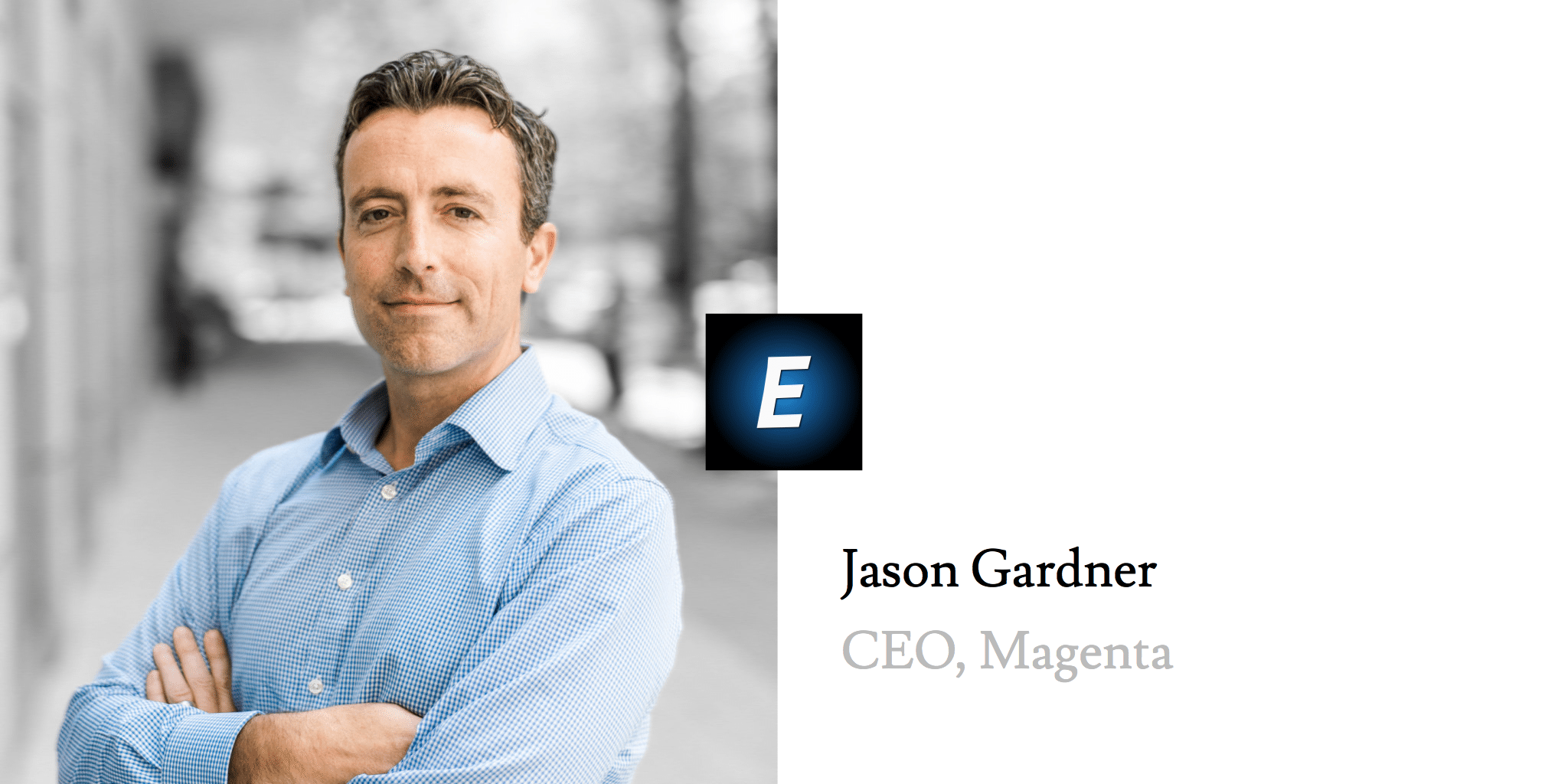 GSK vet Ja­son Gard­ner takes the helm of Ma­gen­ta, emerg­ing from stealth with a $48.5M round

Ja­son Gard­ner re­turned to his old stomp­ing grounds in Cam­bridge, MA back in the fall of 2014 with a mis­sion to hunt up new col­lab­o­ra­tions for the phar­ma gi­ant Glax­o­SmithK­line. He’s stay­ing on as CEO of an up­start biotech which is now com­ing out of stealth mode with a new plat­form tech un­der con­struc­tion for stem cell trans­plants. And he’s build­ing it with some of the top sci­en­tif­ic hands in the field.

“I left (GSK) last No­vem­ber to join At­las (Ven­ture),” the Har­vard-ed­u­cat­ed Gard­ner tells me. Bruce Booth at At­las played a big role in his change of ca­reer as Gard­ner ini­tial­ly stepped in as an en­tre­pre­neur-in-res­i­dence and then quick­ly shift­ed over to help­ing set up Ma­gen­ta Ther­a­peu­tics in the seed stage. And the switch from Big Phar­ma to lit­tle start­up has brought him back to work­ing hand-in-hand with Har­vard pro­fes­sor David Scad­den and his lab, where Gard­ner did his post­doc work.

Scad­den and a large group of his col­leagues (see the full list be­low) will help Gard­ner and his grow­ing team of sci­en­tists at the new­born biotech. Ma­gen­ta is get­ting start­ed for­mal­ly with a $48.5 mil­lion A round led joint­ly by At­las and Third Rock, a first for these two promi­nent Boston-backed VCs. And Google’s GV is jump­ing in­to the syn­di­cate along with Ac­cess In­dus­tries (Blavat­nik Group) and Part­ners In­no­va­tion Fund, round­ing out a pool that could — de­pend­ing on how the com­pa­ny pro­gress­es — pony the biotech’s work for up to about three years.

Scad­den’s lab has been pub­lish­ing some new work in stem cell trans­plan­ta­tion that will help in­spire the R&D ef­fort at Ma­gen­ta. In sim­ple terms, it’s an old tech­nol­o­gy plagued with prob­lems and still full of po­ten­tial. The prob­lems stretch from prep­ping the pa­tients, to har­vest­ing stem cells and then boost­ing the har­vest to achieve a ther­a­peu­tic ef­fect — the three an­gles that the com­pa­ny will now work to im­prove.

More broad­ly, Ma­gen­ta is di­rect­ed at re­boot­ing the im­mune sys­tem, look­ing for a new path to cures in an age where im­munother­a­pies have moved to the cen­ter of hun­dreds of new drug de­vel­op­ment ef­forts.

“It’s the first time a com­pa­ny has tak­en a holis­tic look at stem cell trans­plants,” says Gard­ner. The goal: “How do we change the risk/ben­e­fit con­ver­sa­tion?” Ma­gen­ta’s mis­sion is to make that con­ver­sa­tion fo­cus a lot more on the ben­e­fits, and a lot less on the risks en­tailed.

Like a lot of start-up CEOs, Gard­ner will al­so be spend­ing a lot of his time re­cruit­ing. Ma­gen­ta cur­rent­ly has a staff of 20, which Gard­ner ex­pects will dou­ble next year.

It made a lot of sense for At­las and Third Rock to join hands on the new com­pa­ny, adds the CEO. It turned out they were both cir­cling the is­sue, query­ing the ex­perts and do­ing the same home­work, and quick­ly de­cid­ed they could do more to­geth­er than sep­a­rate­ly.

GSK vet Ja­son Gard­ner takes the helm of Ma­gen­ta, emerg­ing from stealth with a $48.5M round