Halt­ed in US by FDA hold, Bel­licum buoyed by some pos­i­tive num­bers from its Eu­ro­pean T cell study for pe­di­atric AML

Shares of Bel­licum Phar­ma­ceu­ti­cals $BLCM got a bad­ly need­ed boost this morn­ing as the biotech — put in at least tem­po­rary lim­bo by an FDA hold on its lead T cell ther­a­py — plucked some en­cour­ag­ing da­ta from a Eu­ro­pean study for chil­dren with acute myeloid leukemia. 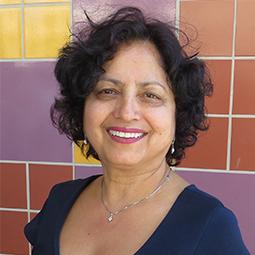 Among 38 pe­di­atric AML pa­tients treat­ed with BPX-501 fol­low­ing hap­loiden­ti­cal hematopoi­et­ic stem cell trans­plant, re­searchers tracked a me­di­an re­lapse-free rate of 91.5% and over­all sur­vival of 97.3% dur­ing a one-year fol­lowup in their BP-004 study in Eu­rope. There’s no con­trol group to com­pare against, but the be­lea­guered biotech point­ed to his­tor­i­cal rates of 60% to 80% fol­low­ing al­ter­nate-donor HSCT.

The biotech’s ex­ecs say this gives them con­fi­dence in set­ting up a reg­is­tra­tion study. And its stock jumped 12% in pre-mar­ket trad­ing.

Right now, Bel­licum is do­ing every­thing it can to try and make it ap­pear that life and work goes on as nor­mal. But that’s a tough trick for a com­pa­ny which was sent in­to a tail­spin a few weeks ago af­ter reg­u­la­tors halt­ed their US stud­ies of BPX-501 fol­low­ing sev­er­al cas­es of brain dam­age. The Hous­ton-based out­fit sought to re­as­sure in­vestors that it would fin­ish the pe­di­atric AML study and lat­er sug­gest­ed that it could get out from un­der the FDA hold in a rel­a­tive­ly short pe­ri­od.

“The re­cur­rence of can­cer is one of the most se­ri­ous risks to AML pa­tients re­ceiv­ing a stem cell trans­plant. These im­pres­sive re­sults in chil­dren with AML sug­gest that BPX-501 may be ef­fec­tive­ly re­duc­ing or erad­i­cat­ing resid­ual can­cer cells fol­low­ing a hap­lo-trans­plant pro­ce­dure,” com­ment­ed Neena Kapoor, di­rec­tor of the Blood and Mar­row Trans­plan­ta­tion Pro­gram at Chil­dren’s Hos­pi­tal of Los An­ge­les and an in­ves­ti­ga­tor in the BP-004 tri­al.

Halt­ed in US by FDA hold, Bel­licum buoyed by some pos­i­tive num­bers from its Eu­ro­pean T cell study for pe­di­atric AML