Tim­o­thy Springer just un­veiled the new In­sti­tute for Pro­tein In­no­va­tion (IPI), aim­ing to bridge the gap in study­ing pro­tein ther­a­peu­tics. Springer, known for hav­ing a guid­ing hand in biotechs like Mod­er­na Ther­a­peu­tics and Ed­i­tas, kicked in $10 mil­lion from his own pock­et along­side a grant of $5 mil­lion from the Mass­a­chu­setts Life Sci­ences Cen­ter. 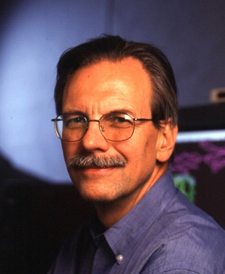 The in­sti­tute has sev­er­al goals for ad­vanc­ing pro­tein re­search, in­clud­ing train­ing new sci­en­tists to be ex­perts in the field, but one of the ini­tial achieve­ments will be build­ing an open-source li­brary of high-qual­i­ty syn­thet­ic an­ti­bod­ies. All of the se­quences as well as val­i­da­tions for the pro­teins the team works with will be freely avail­able to the pub­lic. 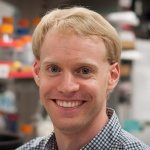 Go­ing for­ward, the team hopes to ben­e­fit from var­ied col­lab­o­ra­tions with aca­d­e­mics, biotech­nol­o­gy, and phar­ma­ceu­ti­cal in­dus­try, form­ing part­ner­ships and spon­sored re­search agree­ments in ad­di­tion to seek­ing con­tin­ued grant fund­ing. The com­pa­ny will func­tion com­plete­ly in­de­pen­dent­ly and will have full con­trol over its in­tel­lec­tu­al prop­er­ty, which it hopes will be the ba­sis of spin­outs.

“Peo­ple have said for a long time ‘some­one should do this’ and the chal­lenge has re­al­ly been in find­ing some­one that is in­ter­est­ed in ac­tu­al­ly sup­port­ing it.” Luck­i­ly, Springer was that per­son. “Hav­ing some­one like Tim, who’s ac­tu­al­ly from a sci­ence back­ground and rec­og­nizes the need … but al­so has the fi­nan­cial where­with­al to make that hap­pen is re­al­ly crit­i­cal.”