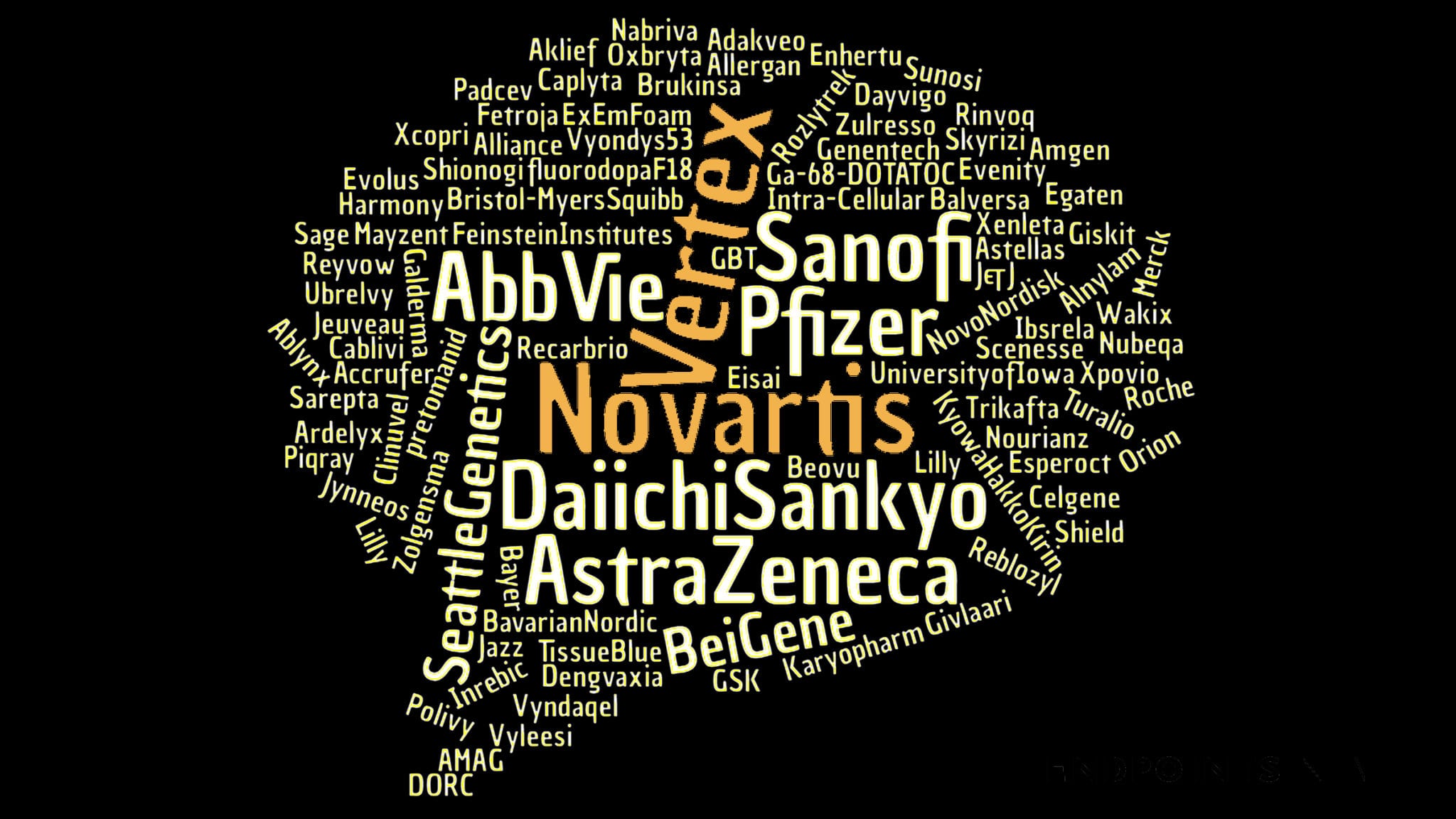 The R&D crown for greatest success at the FDA in 2019 is going to have to be shared.

Glancing over the 52 new drugs OK’d in the last year — all broken down below into individual takes — and your eye is immediately drawn to Novartis in the win column. Their 6 new drug approvals includes 4 prospective blockbusters in widely divergent fields:

Include an approval for their “breakthrough” drug Adakveo (crizanlizumab) for sickle cell disease and a thumbs-up for Egaten, an old drug they’ve given away globally, and you have an impressive run for the R&D group. Add it all up and the analysts are tracking newly marketed therapies at the giant pharma that have the potential to make more than $7 billion a year — though we’ll be the first to concede that many of the most rosy sales forecasts often have to be walked back later in the face of bitter realities.

However you cut it, that’s an outstanding year for one of the world’s top R&D spenders. If Novartis could shed the habit of triggering regular ethics scandals, they could spend a lot more time celebrating successes and the wins you can buy yourself when pockets run deep.

So who’s going to challenge Novartis for the 2019 heavyweight title?