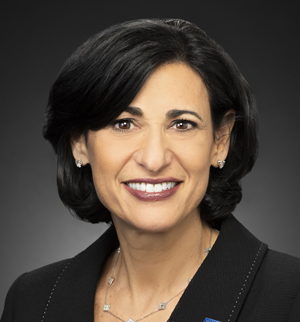 Jyn­neos re­mains the on­ly vac­cine that’s specif­i­cal­ly ap­proved by the FDA to pre­vent mon­key­pox — and though it’s a two-dose vac­cine, CDC di­rec­tor Rochelle Walen­sky said in a White House brief­ing on Fri­day that 97% of shots that have been de­liv­ered so far have been first dos­es.

“While we are en­cour­aged by the scale-up, there are many peo­ple el­i­gi­ble for sec­ond dos­es, and very few of the dos­es ad­min­is­tered so far are record­ed [as] sec­ond dos­es,” she said dur­ing the brief­ing. “I’d like to take this mo­ment to em­pha­size that this is a two-dose vac­cine and it is im­por­tant to re­ceive the sec­ond dose in the se­ries.”

How­ev­er, the clos­ing of that deal is de­pen­dent on “BAR­DA’s ap­proval of a pre-no­va­tion agree­ment be­tween Chimerix and EBS,” ac­cord­ing to a news re­lease.

While there’s no treat­ment ap­proved for mon­key­pox in the US, an­tivi­rals such as Tem­bexa and Siga’s Tpoxx may be used, ac­cord­ing to the NIH.

The mon­key­pox treat­ment and what's com­ing: A con­ver­sa­tion with the CEO mak­ing Tpoxx

In the hopes of stretch­ing the US sup­ply of Jyn­neos, the FDA a cou­ple of weeks ago cleared most peo­ple for in­tra­der­mal in­jec­tions, which are more dif­fi­cult to ad­min­is­ter cor­rect­ly but re­quire much less vac­cine. While of­fi­cials claimed the new route of ad­min­is­tra­tion would ex­pand sup­ply by five-fold, vac­cine clin­ics have re­port­ed­ly strug­gled to squeeze a full five dos­es out of each vial.

This sto­ry has been up­dat­ed to clar­i­fy that the Chimerix deal is in­tend­ed to pre­pare for a po­ten­tial small­pox emer­gency.

With the US staring down several drug shortages this year, one in particular is now catching lawmakers’ attention.