Es­pe­ri­on’s stock is slid­ing south Wednes­day morn­ing fol­low­ing news that the com­pa­ny’s high cho­les­terol drug may have some safe­ty con­cerns. 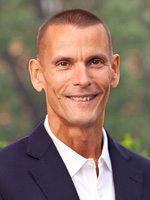 Over­all, the com­pa­ny re­port­ed pos­i­tive re­sults from its Phase III tri­al of the drug, called be­mpe­doic acid. The ther­a­py met its pri­ma­ry end­point on safe­ty while low­er­ing pa­tients’ bad cho­les­terol by 20% over 12 weeks. But that wasn’t enough to ap­pease in­vestors, as the safe­ty da­ta raised a few eye­brows.

In a study that in­clud­ed 2,200 pa­tients, rough­ly 1% get­ting Es­pe­ri­on’s treat­ment died (the com­pa­ny says caus­es were un­re­lat­ed to the treat­ment). But on­ly 0.3% of pa­tients on the place­bo died. That might be cause for con­cern at the FDA, which tends to err on the side of cau­tion when con­sid­er­ing drugs for a large pa­tient pop­u­la­tion — and high cho­les­terol is any­thing but rare.