Amid the IPO fren­zy tak­ing place on the Nas­daq, the stock ex­change in Hong Kong has qui­et­ly caught up with two ap­pli­ca­tions at the end of last week — the third and fourth com­pa­nies to try the route since the city opened up to pre-rev­enue biotechs want­i­ng to list. 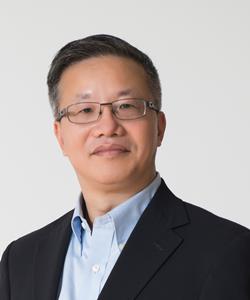 In an un­usu­al chair­man’s let­ter that starts off the ap­pli­ca­tion doc­u­ment, In­novent founder and CEO Michael Yu re­flect­ed on the found­ing phi­los­o­phy of the com­pa­ny:

His an­swer to that need has now grown to a 510-strong com­pa­ny with a pipeline of 17 drugs, with sev­en in clin­i­cal de­vel­op­ment and four in Phase III tri­als.

Sin­til­imab, a PD-1 in­hibitor cur­rent­ly un­der pri­or­i­ty re­view in Chi­na, is the star here; In­novent is al­so look­ing to start ear­ly-stage tri­als of the drug in the US while us­ing it as a base for two oth­er as­sets they are co-de­vel­op­ing with Eli Lil­ly.

As is stan­dard in these ap­pli­ca­tions, In­novent redact­ed any­thing that could re­mote­ly give the IPO away, so we don’t know whether it is in­deed seek­ing $300 mil­lion to $500 mil­lion, as Reuters pre­vi­ous­ly re­port­ed. What we do know is that sin­til­imab, to­geth­er with three biosim­i­lars — go­ing af­ter block­busters like Avastin, Rit­ux­an and Hu­mi­ra — will claim most of the raise, from tri­als and reg­is­tra­tion fil­ings to com­mer­cial­iza­tion.

Great Biono For­tune, a coali­tion of In­novent em­ploy­ees, owns the largest chunk of stock at 10.22%, fol­lowed by Lil­ly Asia Ven­tures and F-Prime Cap­i­tal, which have 8.86% each. 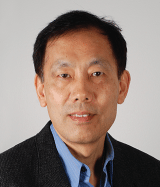 The com­pa­ny, which has teams in both San Fran­cis­co and Shang­hai, closed a $15 mil­lion fi­nanc­ing last year to com­plete a Phase III for its lead oral an­tibi­ot­ic, con­te­zol­id (MRX-1). The bulk of the raise will go to­ward MRX-4, a pro­drug for­mu­la­tion of MRX-1 dubbed con­te­zol­id ace­fos­amil. While the drug is on­ly be­gin­ning hu­man stud­ies in Chi­na, it’s ready to roll with a Phase II in the US lat­er in the year. Mi­cuRx will al­so in­vest some cash in­to a pre­clin­i­cal polymicin an­tibi­ot­ic backed by CARB-X.