Say what you may about the biotech chap­ter of the Hong Kong Stock Ex­change, but it has not stopped In­novent Bi­o­log­ics from reap­ing $421 mil­lion in its pub­lic de­but — the largest of the three maid­en IPOs so far.

De­spite rais­ing am­ple cap­i­tal, pre-rev­enue biotechs list­ed un­der HKEX’s new rules have all giv­en less-than-rosy per­for­mances. As­cle­tis, which raised $400 mil­lion, is trad­ing at less than 50% of its IPO price; Hua Med­i­cine has fall­en 14% af­ter bag­ging $110.5 mil­lion raise; and Nas­daq-list­ed BeiGene has seen its shares de­cline by a third since its $903 mil­lion sec­ondary list­ing. 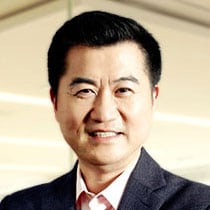 “The new biotech sec­tion of the HKEX is like a new­born,” said Jonathan Wang, se­nior man­ag­ing di­rec­tor of Or­biMed Asia, in a re­cent in­ter­view. “It’s im­pos­si­ble to guar­an­tee that it nev­er gets sick and is al­ways bliss­ful. No stock mar­ket would see all its stocks go up and nev­er come down. Even ma­ture mar­kets like the Nas­daq are not im­mune to volatil­i­ty. In fact it went through quite a down pe­ri­od two years ago, and it wasn’t un­til re­cent­ly that it climbed back to the lev­el we saw three years ago.”

Every mar­ket ex­pe­ri­ences an ad­just­ment process. Are the val­u­a­tions too high? We ren­der to the mar­ket what is the mar­ket’s. In three to five years when we get more biotech an­a­lysts and when gen­er­al in­vestors have more knowl­edge, things could be dif­fer­ent.