Pfiz­er and Mer­ck KGaA would have ap­plied for the RTOR at the be­gin­ning of this year, when it re­leased topline re­sults of a Phase III study with Baven­cio. As a main­te­nance ther­a­py, the PD-L1 drug hit the mark on over­all sur­vival for both the to­tal pa­tient group and a sub­set with PD-L1 pos­i­tive tu­mors.

The drug was al­ready sanc­tioned, un­der ac­cel­er­at­ed ap­proval, for use in pa­tients fol­low­ing dis­ease pro­gres­sion — an OK ce­ment­ed by tu­mor re­sponse and du­ra­tion of re­sponse back in 2017. 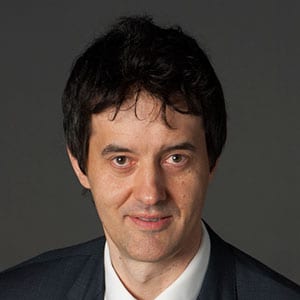 As­traZeneca pro­vid­ed the lat­est il­lus­tra­tion on just how tough it can be to beat this ad­vanced can­cer when Imfinzi flopped an open la­bel piv­otal study last month. The ther­a­py — which al­so blocks PD-L1 — nabbed ac­cel­er­at­ed ap­proval in 2017 but failed to help pa­tients live longer com­pared to stan­dard-of-care chemother­a­py. The drug­mak­er may shift their fo­cus to the sec­ond-line set­ting, it in­di­cat­ed to End­points News.