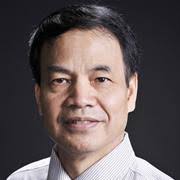 Xi­ao­jiang Li and Shi­hua Li were 23-year vet­er­ans of Emory and not­ed neu­ro­sci­en­tists spe­cial­iz­ing in Hunt­ing­ton’s dis­ease. The mar­ried cou­ple, who are now US cit­i­zens, joint­ly ran a lab at Emory that re­cent­ly cre­at­ed a pig mod­el for the ge­net­ic ail­ment that they say rep­re­sents bet­ter test­ing grounds for new treat­ments. Last April, they pub­lished this find­ing in Cell in col­lab­o­ra­tion with Ji­nan Uni­ver­si­ty and the Chi­nese Acad­e­my of Sci­ences in Guangzhou.

Xi­ao­jiang Li was giv­ing a speech at Ji­nan, where he is a part-time pro­fes­sor, when The At­lanta Jour­nal-Con­sti­tu­tion re­port­ed on May 23 that Emory has fired two re­searchers for fail­ing to dis­close fund­ing from and re­search ties with Chi­nese en­ti­ties.

On May 24, Xi­ao­jiang Li bat back at Emory through a state­ment to Sci­ence, in which he claimed to have dis­closed his Chi­nese re­search ac­tiv­i­ty to the uni­ver­si­ty since 2012 when he be­gan work­ing on non-hu­man pri­mate re­search in Chi­na and co­op­er­at­ed with its in­ves­ti­ga­tion dat­ing back to No­vem­ber 2018. 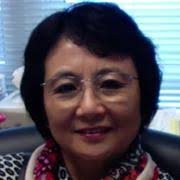 “I was shocked that Emory Uni­ver­si­ty would ter­mi­nate a tenured pro­fes­sor in such an un­usu­al and abrupt fash­ion and close our com­bined lab con­sist­ing of a num­ber of grad­u­ates and post­doc­tor­al trainees with­out giv­ing me spe­cif­ic de­tails for the rea­sons be­hind my ter­mi­na­tion,” he said, adding he’s re­quest­ed a copy of the in­ves­ti­ga­tion.

Amid a trade war with Chi­na and in­creased na­tion­al vig­i­lance re­gard­ing aca­d­e­m­ic es­pi­onage, the NIH be­gan warn­ing grantee in­sti­tu­tions about sci­en­tists with for­eign ties in 2018, prompt­ing at least 55 to launch their own probes.

The fate of Xi­ao­jiang Li’s six NIH-fund­ed projects re­mains un­known, as does those of his post­doc re­searchers be­ing force­ful­ly repa­tri­at­ed (one of whom is preg­nant), Xi­ao­jiang Li said to Sci­ence. The pres­i­dent of Ji­nan has pub­licly pledged to host the Li’s en­tire team and pro­vide them with the fa­cil­i­ties and equip­ment to con­tin­ue their work.