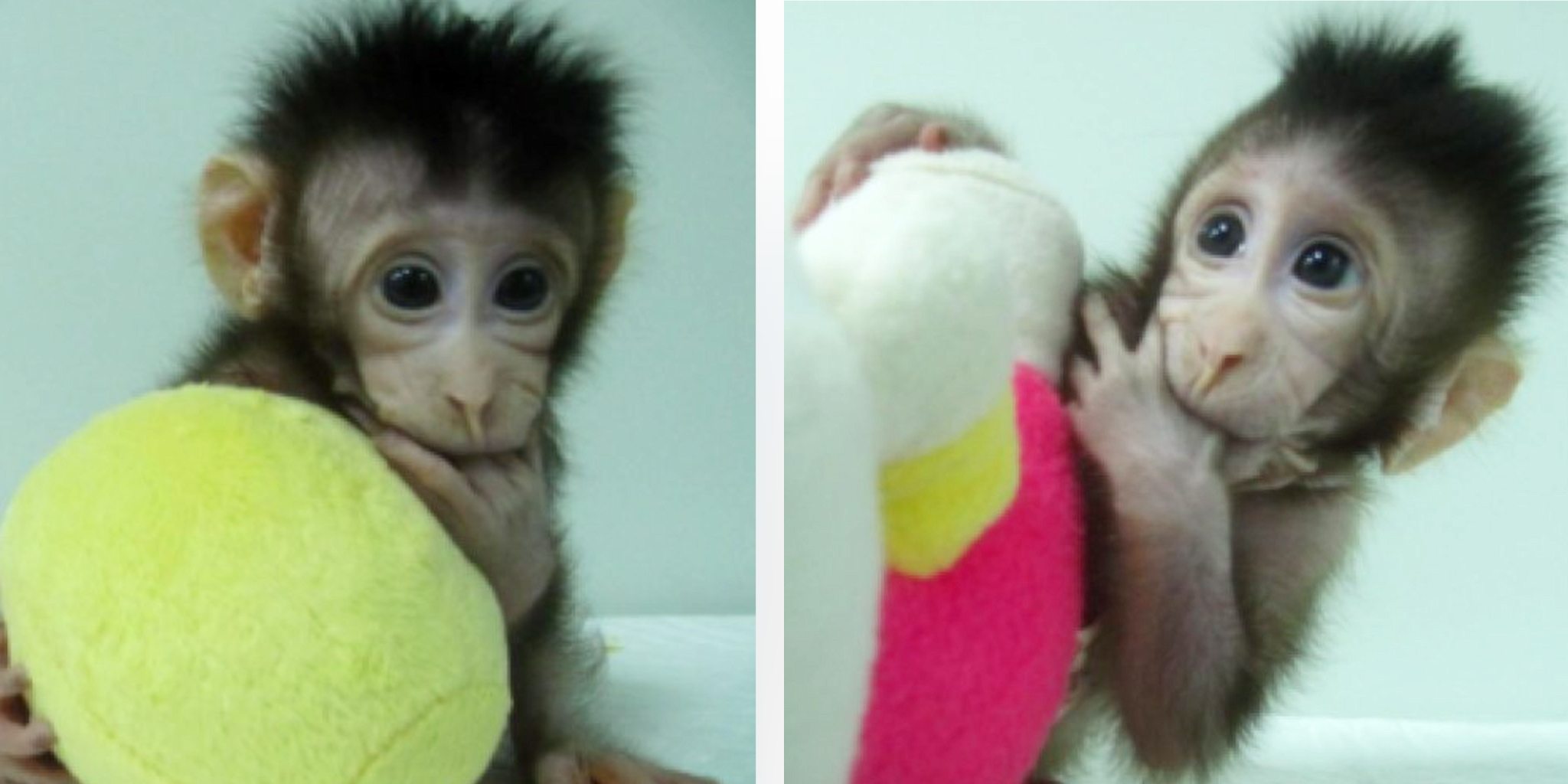 Two mon­keys are mak­ing head­lines around the world. Now bare­ly two months old, they might help lead the way down the path to some of the Holy Grails of bio­med­ical re­search — at least that’s the hope of their cre­ators.

From there, the re­searchers yield­ed what they hope to be the first of many ge­net­i­cal­ly uni­form mon­key mod­els that, com­bined with gene edit­ing tools, could shed light on dis­ease mech­a­nisms and of­fer ther­a­peu­tic test­ing ground for dis­eases that have elud­ed hu­man un­der­stand­ing, such as Alzheimer’s and Parkin­son’s. Those are ar­eas where mice mod­els have proven woe­ful­ly in­ad­e­quate in terms of pre­dict­ing hu­man re­ac­tions to drugs; mul­ti­ple oth­er ge­net­ic dis­eases could al­so be tar­gets.

But — as one would rea­son­ably ex­pect — this cloning suc­cess car­ries im­por­tant caveats. First off, it ba­si­cal­ly on­ly works in fe­tal cells. While two ba­bies were born us­ing adult mon­key cu­mu­lus, they were both short-lived and one had ab­nor­mal body de­vel­op­ment.

To put things in­to per­spec­tive, Zhong Zhong and Hua Hua were the on­ly lucky ones from six preg­nan­cies from 21 sur­ro­gates with 79 im­plant­ed em­bryos be­tween them. An ad­di­tion­al 22 preg­nan­cies were con­firmed among 42 sur­ro­gates in the adult cell group.

So no, cloned mon­keys are not com­ing to a lab near you any­time soon. But it’s sure to set off — and it al­ready has — a flur­ry of de­bate and, pos­si­bly, new re­search.