In a PhI­II show­down with Spark, uniQure switch­es out its lead gene ther­a­py for he­mo­phil­ia B

Late last year, the strug­gling gene ther­a­py biotech uniQure $QURE did some painful cost cut­ting, drop­ping pro­grams, ax­ing staff and tai­lor­ing the pipeline to con­cen­trate on a he­mo­phil­ia B pro­gram for AMT-060, which they said could be hus­tled through a piv­otal pro­gram and in­to the mar­ket, rac­ing with a ri­val ther­a­py from in­dus­try leader Spark Ther­a­peu­tics. 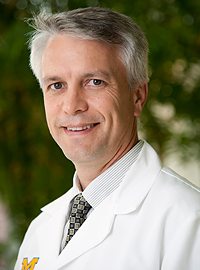 This morn­ing, though, uniQure ex­e­cut­ed a quick switch on its lead ef­fort. AMT-060, which had been des­ig­nat­ed as a break­through drug at the FDA, has been re­placed by AMT-061. And the ex­ecs at uniQure say that both the FDA and the EMA have es­sen­tial­ly de­cid­ed to keep this new drug in their VIP drug pro­gram and on the fast track to a reg­is­tra­tion tri­al.

In­vestors loved it. UniQure’s stock shot up more than 60% af­ter the news hit.

The way uniQure makes this sound, re­searchers tweaked their orig­i­nal ther­a­py to come up with some­thing bet­ter. In their state­ment, the biotech says that AMT-060 and AMT-061 are iden­ti­cal ex­cept for “two nu­cleotide sub­sti­tu­tions in the cod­ing se­quence for FIX.”

“Based on the da­ta gen­er­at­ed to date, AMT-061 may be the first gene ther­a­py to pro­vide durable, cu­ra­tive ben­e­fits to near­ly all pa­tients with he­mo­phil­ia B, with­out the com­pli­ca­tions as­so­ci­at­ed with cap­sid-re­lat­ed im­mune re­spons­es.  I very much look for­ward to serv­ing as an in­ves­ti­ga­tor in this ex­cit­ing Phase III pro­gram.”

Once a leader in gene ther­a­py, uniQure had to drop Gly­bera — ap­proved in Eu­rope but nev­er pitched in the US — af­ter it was re­port­ed­ly used just one time. Now Spark ap­pears to be in the lead af­ter an FDA pan­el en­dorsed its gene ther­a­py for a rare eye dis­ease. And one-time play­er Di­men­sion Ther­a­peu­tics was forced out of he­mo­phil­ia B by weak re­sults, with Ul­tragenyx pick­ing up the rest of the pipeline in a buy­out.

The race goes on.

Un­like Spark, QURE have com­mer­cial scale man­u­fac­tur­ing sort­ed, so they could well now be first to mar­ket for FIX, and with Pad­ua too! https://t.co/BtcDeRVQxb

In a PhI­II show­down with Spark, uniQure switch­es out its lead gene ther­a­py for he­mo­phil­ia B