Jerry Durso was promoted to CEO last month, part of a broader shakeup in Intercept's leadership
February 23, 2021 07:16 AM ESTUpdated 07:55 AM
People

First, they said good­bye to their found­ing CEO af­ter 18 years. Now, In­ter­cept is los­ing its CMO too, an ex­ec­u­tive who led the com­pa­ny’s flag­ship NASH pro­gram for much of its clin­i­cal de­vel­op­ment. 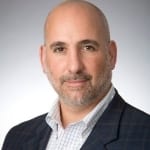 Cam­pagna led the com­pa­ny’s NASH pro­gram af­ter he was hired from The Med­i­cines Com­pa­ny in 2016. His de­par­ture, along with the de­ci­sion to re­place Pruzan­s­ki with a CEO whose ex­per­tise is on com­mer­cial­iz­ing, rather than de­vel­op­ing, drugs could sig­nal that In­ter­cept thinks it will be dif­fi­cult to col­lect the NASH da­ta the FDA wants and is in­stead de­cid­ing to fo­cus on its al­ready ap­proved PBC pro­gram.

In an email, an In­ter­cept spokesper­son de­nied that there was any shift, say­ing that they were “laser-fo­cused” on com­ing to an agree­ment with the FDA on how to re­sub­mit their NDA. He added that a read­out from an­oth­er Phase III NASH tri­al is al­so do out be­fore the end of the year.

“The near and per­haps medi­um-long term fo­cus may be on max­i­miz­ing the val­ue of this rare cholesta­t­ic liv­er dis­ease fran­chise, rather than ex­pand­ing ag­gres­sive­ly in­to the broad­er NASH com­mer­cial are­na,” he told in­vestors. “While ICPT man­age­ments’ re­cent com­ments have sug­gest­ed a con­tin­ued de­sire to pur­sue NASH ap­proval pend­ing align­ment with the FDA on a path for­ward for obeti­cholic acid (OCA) NDA re­sub­mis­sion, we be­lieve some in­vestors may read these per­son­nel moves as a sig­nal of a larg­er strate­gic shift with­in ICPT away from NASH.”

In 2019, their Phase III tri­al pro­duced mixed re­sults, hit­ting on one pri­ma­ry end­point re­lat­ed to fi­bro­sis but miss­ing the pri­ma­ry end­point around NASH it­self. They be­lieved that was enough for ap­proval, and Pruzan­s­ki lashed out at the FDA when their de­ci­sion came over a year lat­er, ac­cus­ing the agency of mov­ing the goal­posts.

In­ter­cept has op­tions out­side of NASH. The same drug they were try­ing to get ap­proved for the block­buster in­di­ca­tion is al­ready ap­proved for PBC, or pri­ma­ry bil­iary cholan­gi­tis, an au­toim­mune dis­ease that af­fects the liv­er. The pipeline be­yond those two in­di­ca­tions, how­ev­er, is most­ly bare.