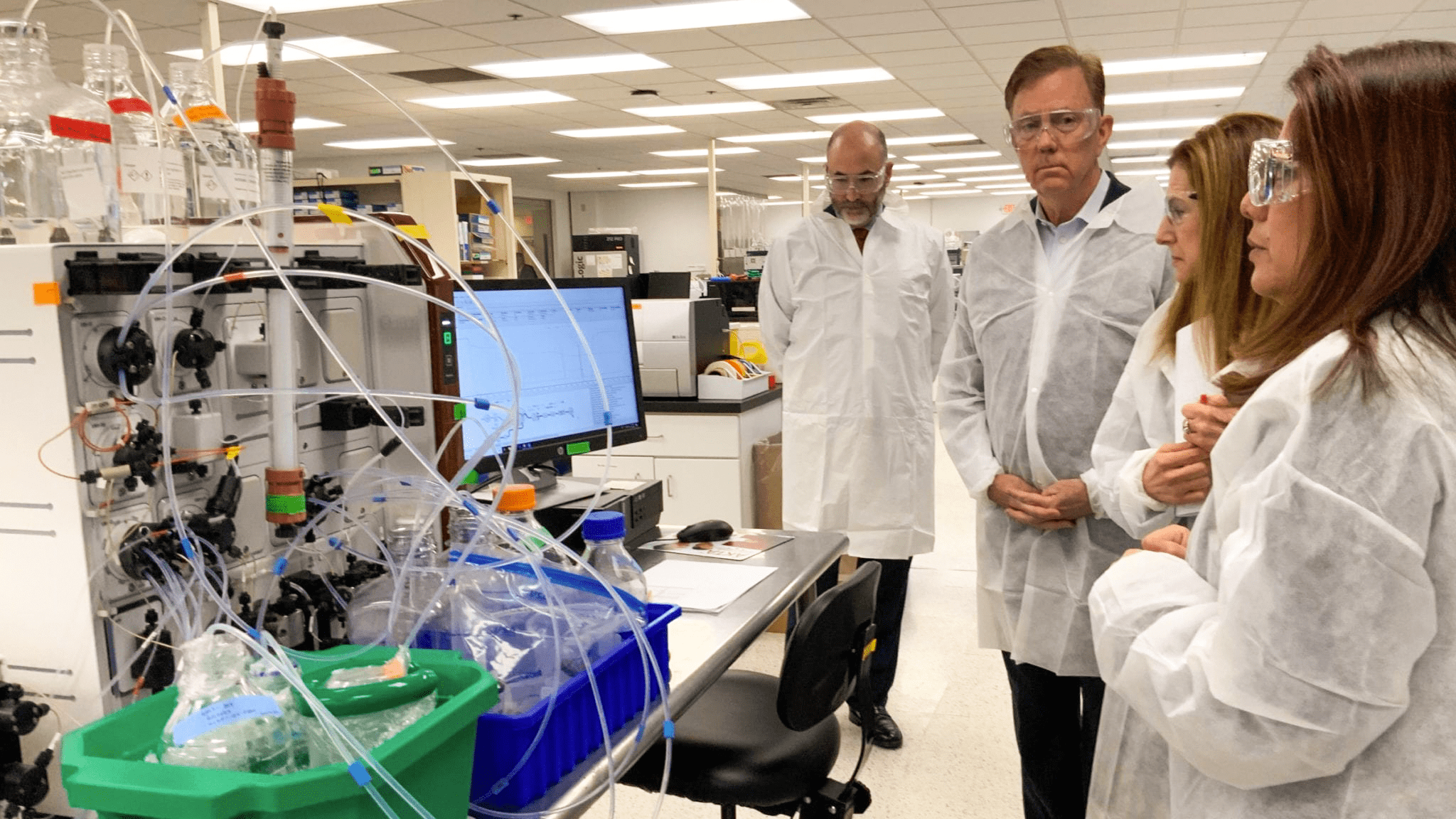 MERIDEN, CT — In a warehouse-turned-lab off Interstate 91 here, Connecticut Gov. Ned Lamont and his team peer through plastic goggles at a screen showing row after row of luminous white orbs. The orbs sit against a fluorescent purple background, some puffing ghostly, chemical contrails. For now, they test the potency of a Sanofi flu vaccine: the wider the orb, the more powerful the prophylactic.

Soon, though, new vials will arrive from across the street carrying a new candidate: Sanofi’s attempt at a coronavirus vaccine. After tests here, it will go to New York for large-scale production and then —  well, we’ll get to that. But now, on Thursday, the governor’s team has packed into a normally quiet lab, where site head Mireli Fino is explaining their Covid-19 response to an intrigued but questioning audience.

“We were able to really go fast,” she says.

“So someone told me that there was a company that already has a vaccine they’re testing,” Lt. Gov. Susan Bysiewicz says, clutching the governor’s speech close to her paper lab coat. “It’s something N-I-O –”

Now Lamont leans in, apparently weighing the news that Moderna already has a clinical vaccine against the timeline Sanofi first gave: “Do they have a 6-month head start on you?” he asks. “Or is everybody … ?”

“Well the way I would put it is like the tortoise and the hare,” Clem Lewin, the AVP of R&D strategy and the most senior Sanofi employee on the floor. “We believe we’re a little slower at the start but we feel we’ll catch up.”

According to a report from Nikkei Asia, Daiichi Sankyo is constructing a site with a capacity of 20 million doses a year by the fiscal year 2024. The report says that equipment has been installed at a location in the city of Kitamoto, Japan, northeast of Tokyo, and is operated by the subsidiary Daiichi Sankyo Biotech.