J&J ex­ecs be­lieve they have found their next big can­cer drug. 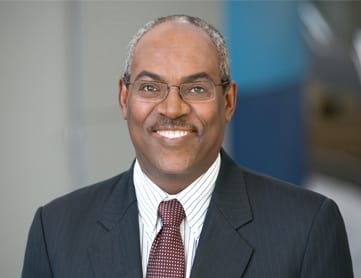 The Bel­gian biotech flagged stel­lar — but very ear­ly-stage — da­ta for this drug in the lead-up to ASH last week. In the Phase I por­tion of the study re­searchers tracked a 92% re­sponse rate and a stun­ning 42% com­plete re­sponse with min­i­mal resid­ual re­sponse among 12 pa­tients.

In the deal — which J&J’s af­fil­i­ate Cilag inked — ar­genx is keep­ing co-pro­mo­tion rights in the US.

This new deal fol­lows a re­cent J&J deal with Chi­na’s Leg­end Biotech on their BC­MA CAR-T, in which J&J pitched in $350 mil­lion in cash. That fol­lowed an­oth­er star turn, which was al­so com­plete­ly un­ex­pect­ed, at AS­CO in 2017. We’re sched­uled to see more da­ta on that drug lat­er to­day.

J&J has done a string of big can­cer drug deals with block­buster up­fronts like this. One of them — apa­lu­tamide (ARN-509) for pre-metasta­t­ic prostate can­cer — is now a star late-stage ther­a­py. J&J picked up this drug with its $1 bil­lion deal for Aragon. These new drugs were part of one leg of the com­pa­ny’s three-leg strat­e­gy for grow­ing rev­enue, with a promise that it can im­prove sig­nif­i­cant­ly on ex­ist­ing drugs — like Ste­lara, In­vokana and Xarel­to — while beef­ing up on a new core fo­cus on pul­monary ar­te­r­i­al hy­per­ten­sion through the Acte­lion buy­out.